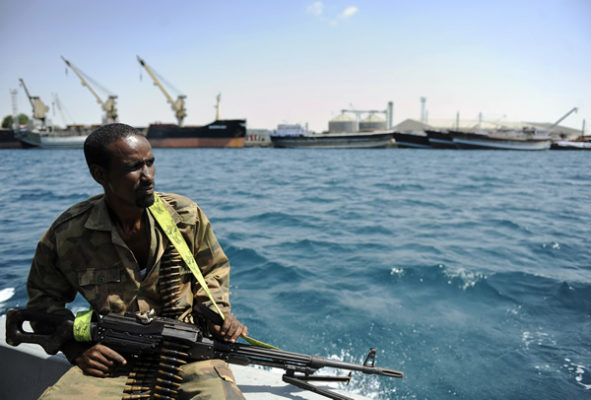 The United Nations Security Council (UNSC) on Tuesday, unanimously adopted a new security resolution on maritime security in the Gulf of Guinea.

The resolution is meant to renew attention to the evolving piracy threat in the region, which remains an issue almost a decade after the UNSC’s last resolution on the matter.

Under the resolution, UNSC stressed that it is the primary responsibility of the coastal states of the Gulf of Guinea to counter piracy and armed robbery at sea in the region, as well as address the underlying causes in cooperation with regional and international partners.

In addition, it called on member states in the region to criminalize piracy and armed robbery at sea under their domestic laws, filling a significant gap in the legal systems of some coastal states. States should also cooperate on hostage taking and prosecution of suspected pirates, and their transfer for trial in and out of the Gulf of Guinea.

The resolution was co-sponsored by Ghana and Norway. Ghana is currently serving a two-year stint at the UNSC, which began in January, and the security situation in the Gulf of Guinea is one of its primary priorities.

“Piracy constitutes one of the foremost security concerns on the African continent. It risks compounding multifaceted challenges facing the region, including a surge in terrorism, a return of the coup d’états and the worsening impact of the Covid-19 pandemic,” said Harold Agyeman, Ghana’s ambassador to the United Nations.

Although the overall maritime security picture in the Gulf of Guinea has improved in the last year, onshore factors that drive piracy remain unchanged.

According to Dryad Global, piracy off West Africa declined almost by half in 2021 compared to the previous year.

“Incidents of actual and attempted attacks and vessels being fired upon dropped by more than 85 percent. The number of vessels boarded throughout the region fell by 54 percent while incidents of crews being kidnapped declined by 60 percent,” Dryad said.

Over the past decade, the Gulf of Guinea has become the world’s number-one piracy hotspot. A study released last year by Stable Seas estimated that pirates, specifically in the Niger Delta, earn $5 million of direct income per year through theft and hostage taking