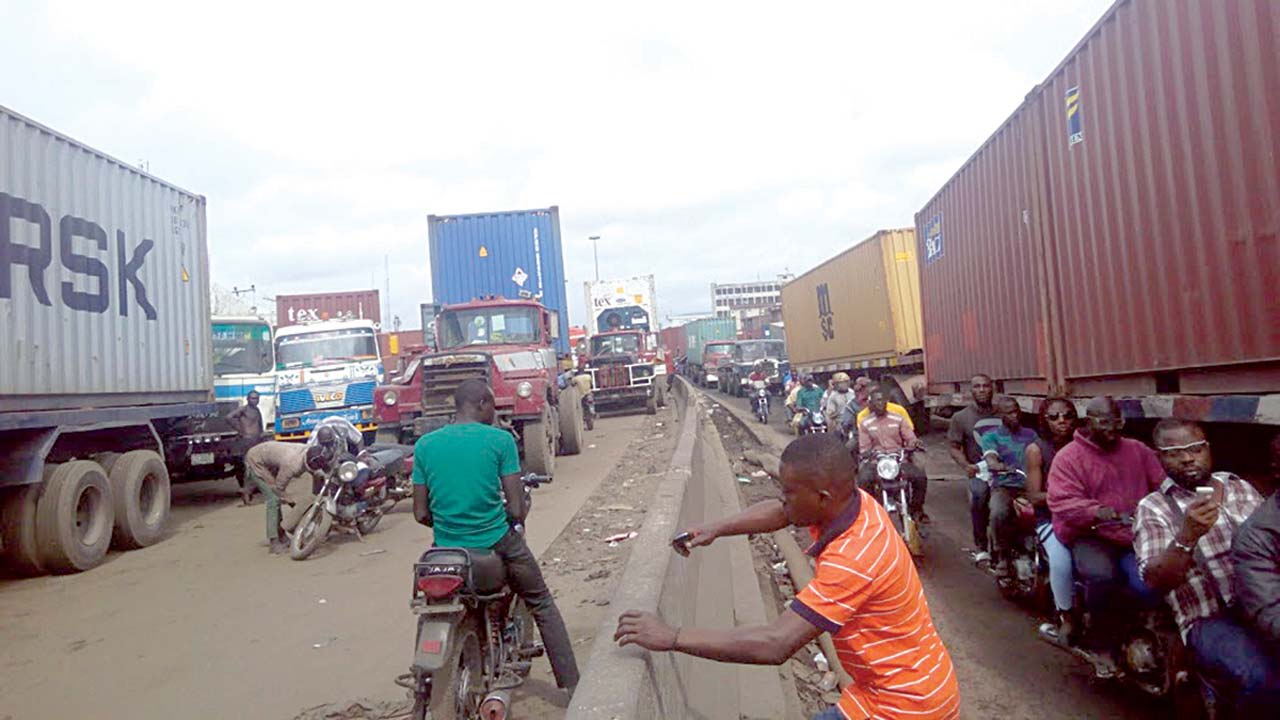 Some residents of the Apapa, however, decried the gradual return of the riders to the port corridors and its environs, warning it was dangerous development due to the security challenges it poses.

During a monitoring visit to Apapa-Oshodi port access roads, scores of Okada riders were spotted operating along the port corridors.

They operated along Apapa, Otto-Wharf, Mile 2 bridge up to Toyota bus stop and Airport Road.

Some of the bike riders were also seen carrying passengers along the Port access roads and at Mile 2 bridge.

“Over the years, residents of Apapa have had to contend with so many issues especially the Okada operators who turn virtually every gutter and walkways to public toilets thus posing health and environmental hazards.

When they were banned, we were happy that our problem has gone. But this morning when I woke up to see some of them carrying passengers around the vicinity, I felt bad.

“The Lagos State Government should not take this issue of Okada operators with levity.

” It is a serious issue that has to do with security. For someone to enter a church in Owo, Ondo state and killed innocent people, it is obvious we are not secure in South West, which is why government of Lagos must tackle this Okada issues with seriousness particularly as over 90 per cent of the Okoda riders in the state are foreigners with no means of identification,” he lamented.

He said for a State Government to make a pronouncement that took effect on June 1, and within seven days, such pronouncement has been trashed, shows that something is wrong somewhere.

However, a port user, Charles Nwanne, said that government needs to take the issue of Okada riders in Apapa very serious because majority of them are foreigners with no means of identification.

He lamented that Okada riders were gradually coming back to the port access roads, adding that one needs to be very careful with the way things are going on in the country.

UN expresses worry over piracy In Gulf of Guinea