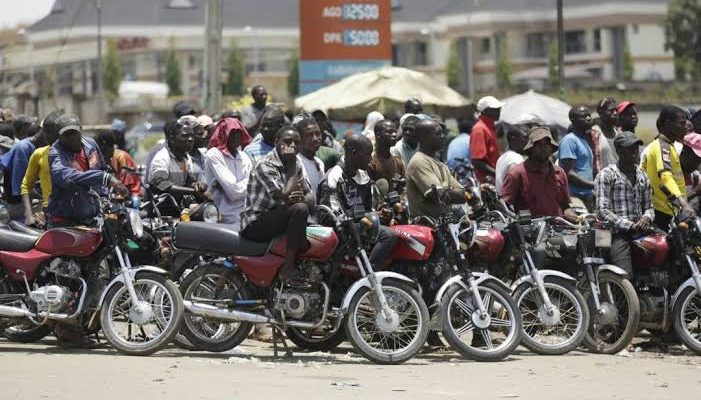 As the Lagos State Government clamps down on commercial motorcyclists and while some states try to regulate their activities, the National Bureau of Statistics (NBS) has said N74 billion was used to import motorcycles in the first quarter of 2022.

In the report titled: “Foreign Trade in Goods Statistics”, the NBS said the goods were mostly brought from India and China, valued at N57.17bn and N17.34bn respectively.

The report which stated that Nigeria recorded a surplus N1.19tn from the N13tn trade conducted during the period, indicated that N89.9bn was earned from floating or submersible drilling platforms exported to Namibia, as well as vessels and other floating structures to Cameroon and Ghana, valued at N14.25bN and N1.68bn respectively.

Similarly, Nigeria’s agricultural produce that was sold to other countries was valued at N201bn, an increase of 51.89 per cent when compared to the value recorded in Q4, 2021 (N132.71bn).

The NBS report reads in part: “During the quarter, most agricultural products were exported to Asia, valued at N101.99bn, followed by Europe with N27.49bn.

While stating that total imports of agricultural goods imported in Q1 saw a decrease of 33.55 per cent when compared to the value recorded in Q4, 2021, it stated that the value of wheat imported into the country dropped to N120bn from the N231bn that was spent on the commodity in the fourth quarter of 2022.

UN expresses worry over piracy In Gulf of Guinea