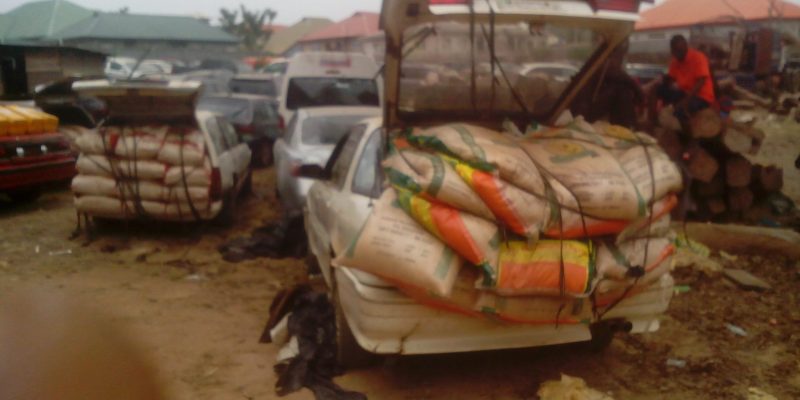 Traditional rulers in Ogun State, on Tuesday, warned traders across the state to embrace legitimate trading and desist from dealing in smuggled items in order not to incur the wrath of the laws.

With particular reference to rice smuggling, illegal importation of vehicles, as well as frozen chickens among other prohibited items, the duo of Alake of Egbaland, Oba Adedotun Aremu Gbadebo and the Agura of Gbaguraland, Oba Sabur Babajide Bakare urged traders in the state to accord the law of the land its due respect as far as trading activities are concerned.

Oba Gbadebo and Oba Bakre gave the warning in Abeokuta, the Ogun State capital while hosting the new Controller of Ogun Area 1 Command of the Nigeria Customs Service (NCS), Comptroller Makinde Bamidele, who paid them a courtesy visit as part of the Service’s tactics towards ensuring that the Federal Government overcomes the menace of smuggling in Ogun State.

Makinde, while speaking at the palaces of the two monarchs, said his command understood the roles of the traditional rulers as a grassroot institution highly necessary in the crusade against smuggling, particularly when citizenry enlightenment is needed.

Stressing that the existing synergy between Customs and the traditional institution in Ogun State must continue towards ensuring a seamless societal trading across the state.

Makinde, however, urged the monarch not to relent in their efforts, but continually enlighten their subjects on the dangers and the economic implications of dealing in smuggled items, notwithstanding the current economic situations of the country.

In his response, the Alake and Paramount ruler of Egbaland, Oba Gbadebo pledged the supports of the traditional rulers in the state for the Customs towards ensuring that smuggling activities are suppressed across the state.

The monarch expressly declared aside from the crude oil, Customs Service, through its excise duties and border revenue collection, remains the next viable revenue generating outfit to the coffers of the Federal Government and must be supported in all her operations.

Oba Gbadebo however, declared that his palace would not disturb the Customs’ operations in the state, but continually pray for the successes of the NCS personnel because of the enormous tasks they render to the country with dedication.

In his own response, Oba Bakare assured the new NCS Controller that the traditional institution in the state would do their best towards ensuring that the traders in their respective domains embrace legitimate trading, stressing that crimes is not a way out of the current economic hardship being experienced nationwide.

Eight containers of cutlasses, others seized at Tin can port