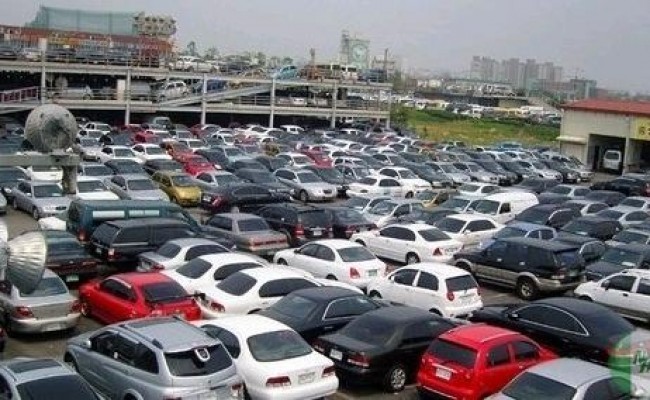 Clearing agents under the aegis of the Africa Association of Professional Freight Forwarders and Logistics of Nigeria (APFFLON), on Wednesday, kicked against the introduction of 15 percent NAC Levy on imported used vehicles by the Nigeria Customs Service (NCS).

Recall that the service on Monday slammed 15percent National Automotive Council (NAC), policy on used vehicles and another 20 percent on brand new vehicles.

However, in a press statement,  APFFLON National President, Otunba Frank Ogunojemite,  said the levy should only be applicable to new vehicles.

Ogunojemite, who argued that with the new levy, the Nigeria Customs has shown a high level of inconsistency capable of betraying the existing trust and undermining the cordial working relationships with freight forwarders and importers, called for a unified tariff on vehicles imported into Nigeria.

“We demand to know why used vehicles should pay NAC levy, and how the money will be appropriated.
” Dr. Ngozi Okonjo Iweala, during her time, removed NAC levy which was 2% then, why the sudden imposition of 15% and 20% NAC levy on Nigerians ?

“We are of the opinion that they engage stakeholders to clarify more on the new price which did not consider Essential Service Vehicles like Ambulances, Commercial buses and firefighters.

“Why are they always coming out with policies without sensitization and Stakeholders’ inputs, why are they less concerned about carrying stakeholders along.

“As far as it is monetary issue, their decisions are not sacrosanct , they should bear in mind that policies are subject to review unless they want to tell us that we are not practicing democracy.

“However, APFFLON is demanding for a unified tariff on vehicles but NOT astronomical rise in duty that will reduce the purchasing power of the citizens and accelerate inflation in the country.

“We expect circulars on major changes by Customs Management and not only press releases on social media platforms to avoid industrial actions which shipping companies and terminal operators leverage on to demand additional charges.

“Nigerian importers lost over 300billion Naira in demurrage in the last protest caused by increased target given to the NCS by the Federal Government.

” It is high time Customs commenced constant interface with critical stakeholders on revenue policies to forestall crises in Nigerian Ports.

“APFFLON is using this opportunity to appeal to all Freight Forwarders not to embark on yet another round of protest but peacefully demand for explanation on the NAC levy slammed on used vehicles.

“The Federal Government and policy makers should realize that Nigerians are struggling to survive in the present harsh economic situation.

“We urge the Nigeria Customs Service and the Federal Ministry of Finance to always handle issues like this with utmost care to avoid unnecessary crises” the statement reads in part.