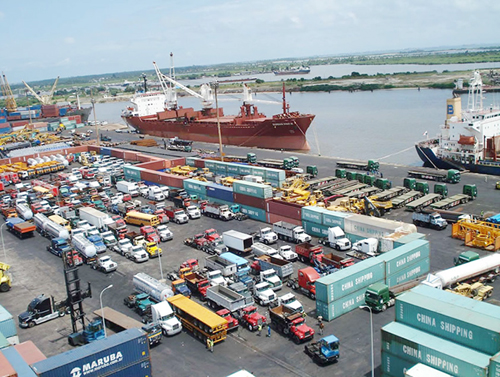 The Tincan Island Command of the Nigeria Customs Service (NCS) has said that the increasing revenue generation at the command has some spiritual undertone.

The command’s Public Relations Officer, Chief Superintendent of Customs (CSC) Uche Ejesieme stated this in a chat with newsmen at the command headquarters in Lagos.

The PRO, while explaining the reason for the surge in revenue, stated that it was the grace of God borne out of the fact that the Controller of the command, Comptroller Oloyede provided the needs of the mosque and church when he resumed at the command.

According to CSC Ejesieme, the command generated over 100 percent of its revenue target in the month of July.

“Surprisingly, when Five Star was shut down, we were still doing well and very good may be because the Controller came and refurbished the mosque and the church.

“The first thing he did was to provide what the church and the mosque needed and despite the crisis that erupted when the Controller newly came.

“Our July revenue exceeded the target with more than 100 percent. It is the grace of God despite the global economic challenge that is not peculiar to Nigeria.

Speaking further, he said notwithstanding the closing down of Five Star Logistics terminal, the relationship with the Service remained cordial.

He added that the action was necessary for the government to recover its levy from the concessionaires.

“Shutting down of Five Star Logistics was not our plan but because government has to recover it’s money, our relationship has been very cordial, it was just a punitive measure.