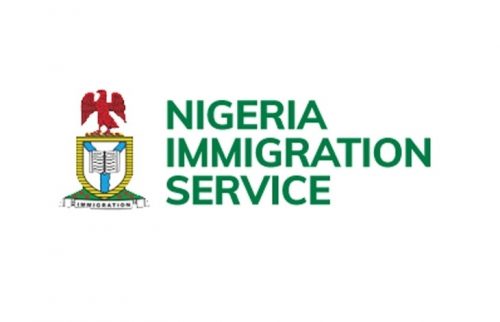 Nigeria Immigration Service (NIS) has stated that warned unsuspecting Nigerians to ignore spurious publications of recruitment exercise into the NIS by unscrupulous and deceitful elements in the society.

Amos Okpu, Deputy Comptroller of Immigration Service Public Relations Officer (PRO) gave the warning in a release made available to newsmen on Monday.

Quoting the Comptroller General of the Service, Isah Jere Idris, DCI Okpu added that in the report, unsuspecting job seekers were required to visit a certain portal to apply and later be directed to a link where they would be expected to make some payments.

He emphasized that the reports and portals were not only false but ploys to deceive and defraud job seekers into parting with their hard-earned money.

Text of the statement, “The attention of the Comptroller General of Immigration Isah Jere Idris has been drawn to some reports announcing a recruitment exercise into the Service.

“In some of the reports, unsuspecting job seekers are required to visit a certain portal to apply and later be directed to a link where they would be expected to make some payments.

“These reports including the portal are NOT only false but are also calculated ploys to deceive and defraud unsuspecting job seekers into parting away with their hard-earned resources.

“The Service is currently NOT conducting any recruitment exercise and therefore members of the public are by this notice, enjoined to ignore such publications to avoid falling into the antics of job scammers.

“The Comptroller General hereby restates that the Service has always used all the conventional as well as its verified social media platforms including the website to announce any recruitment exercise and that in such exercises, members of the public are NEVER required to make any payments whatsoever.

“He therefore, wishes to use this medium to call on the public to completely ignore such spurious publications of recruitment exercise into the Service to avoid being defrauded by unscrupulous and deceitful elements out there. He assures that deliberate efforts are being made to get at those behind such fraudulent recruitment activities with a view to bringing them before the law,” the statement read.