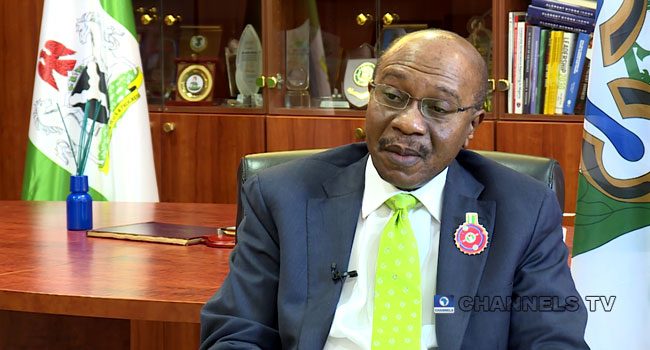 Seven different groups on Thursday added their voices to that of the Arewa Youth Assembly, calling for the resignation of the Governor of the Central Bank of Nigeria, Godwin Emefiele over his alleged inability to stabilise the country’s bleeding economy.

Earlier, the Speaker of the Arewa Youth Assembly, Mohammed Salihu said, his organisation has given Mr Emefiele three options to either resign voluntarily, get sacked by President Muhammadu Buhari or youths will occupy the CBN premises in their numbers until he resigns.

“Based on the Arewa Youth Assembly earlier call on the Governor of the Central Bank of Nigeria, Mr Godwin Emefiele to resign his position as the apex bank boss over his inability to stabilise the glaring nose-diving country’s economy, we have noticed the sponsored backlash and propaganda against our persons instead of the issues we have raised.

“The fact that the sponsored messengers of the propaganda couldn’t come up with an issue-based argument is a clear indication that Mr Emefiele has truly failed and they are only helping in further exposing his flaws because Nigerians are watching.

“Mr governor would have proved us wrong with facts and figures, and possibly, engage the services of those with related intellectual to defend his inability to stabilise our bleeding economy.

“We are surprised that, Mr governor would engage those with track records in dirty jobs because of their stomach infrastructure.

“Those that never promoted a genuine course that can prosper the country except sowing the seed of divisional tune in the country are the ones Mr governor is paying to insult us just for saying the obvious.

“While we maintain our three options available for Emefiele – to resign, to get sacked by President Muhammadu Buhari or to force us to occupy the CBN complex, it is important to remind Mr governor and his think-thank the personality of his defenders in this stance.

“We expect Mr Emefiele’s errand boys to come out in his convincing defence. They should tell us that it is not true that our legal tender, the naira has drastically lost its value against other foreign exchanges even in Africa where Nigeria is a big brother.

“They should also come out to tell us that their action in defence of Mr Emefiele is not for the money they have collected from the CBN to do so. Failure to do all these puts them clearly on the plates as Mr Emefiele’s number one enemies who are hell-bent on ensuring that he gets sacked”, he said in a statement.

Relatively, in a statement made available by a coalition of 35 groups though signed by seven of them, Isah Abubakar hinged the current high poverty rate in the land on the failure of the country’s economy under Mr Emefiele’s watch as CBN governor.

“The Nigeria Citizens Action Group (NCAG), a coalition of 35 civil society organisations is constraint to lend its voice with that of numerous other concerned Nigerians that have been calling on Mr Godwin Emefiele, Nigeria’s CBN to resign with immediate effect to save the country from total collapse.

“This call became necessary following the extensive review of the tenure of Mr Godwin as the head of our apex bank which has come to the sad conclusion that he should humbly step aside and allow a more competent person to step in to save our country from total collapse.

“We understand that it will be difficult for him and his heirs to reason with us, but we wish to beg on them to put on their garment of patriotism and save our country”, Isah said.