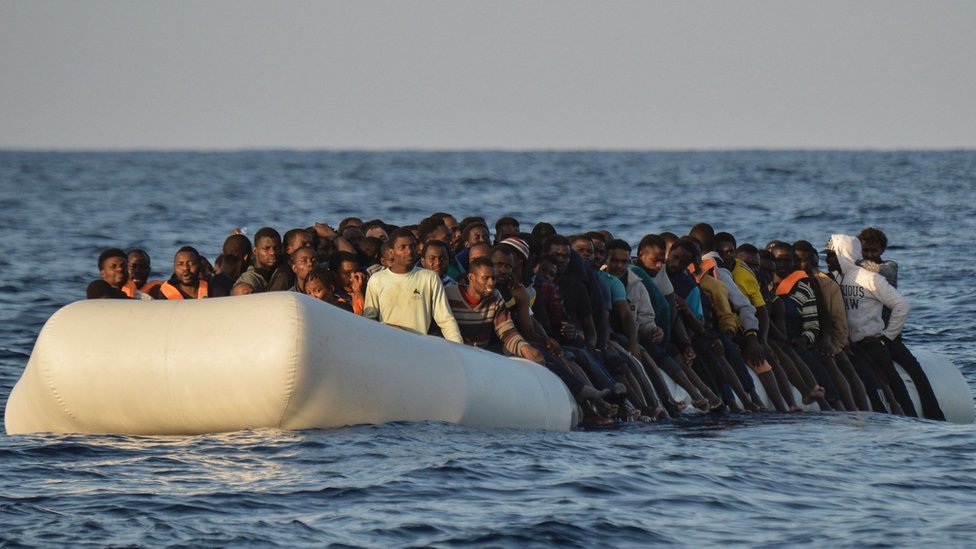 At least 39 migrants drowned off Tunisia when two boats capsized on Tuesday, the defence ministry said, as numbers risking the dangerous crossing to Europe continue to rise.

Rescuers pulled 165 survivors from the floundering boats out of the sea to safety.

It was not immediately clear what caused both boats to capsize, but vessels leaving the North African coast for Europe are often heavily overloaded makeshift crafts, departing at night even in rough weather to avoid detection from the coastguard.

The defence ministry said 39 bodies had been retrieved so far, with children among the dead, but no further details were given.

The boats left shore overnight carrying mainly migrants from sub-Saharan Africa dreaming of reaching Europe, but they were spotted by the coastguard off the Tunisian port of Sfax, according to the authorities.

Last year saw an upsurge of makeshift boats attempting to cross the central Mediterranean, the deadliest route for would-be migrants to Europe.

Such vessels have continued to take to the sea almost daily this year, despite frequent poor weather.

“Departures have continued to rise,” said Romdhane Ben Amor, of the Tunisian Forum for Economic and Social Rights.

Since the beginning of 2021, 94 migrant boats have been intercepted, according to a count kept by his organisation, against 47 in same period of 2020.

Meanwhile, 1,736 people have been arrested for attempting the crossing, around double the number in the same period last year.

Between January 1 and February 21, 3,800 migrants arrived illegally in Italy by sea, according to the UN refugee agency, including nearly 1,000 via Tunisia, and 2,500 via neighbouring Libya.

But many foreign nationals have also used Tunisia as a jumping off point for Europe.

Since the start of 2021, over half of migrants arrested in waters off Tunisia were from sub-Saharan Africa, according to the Tunisian Forum for Economic and Social Rights.

In February, 22 migrants of various African nationalities who departed Sidi Mansour, near the city of Sfax, disappeared at sea, while 25 were rescued by the Tunisian navy around 100 kilometres (about 60 miles) from the Italian island of Lampedusa. One body was retrieved.

In January, the Tunisian navy intercepted 50 migrants, including four Tunisians.