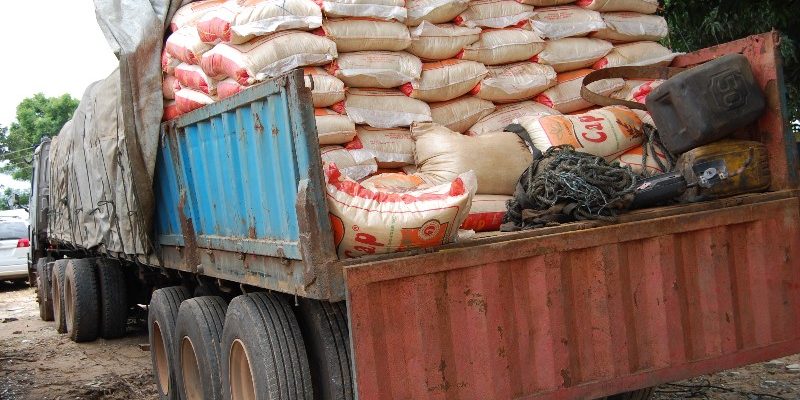 The Federal Operations unit (FOU), Zone A of the Nigeria Customs Service (NCS) yesterday said it intercepted 7,059 bags of 50kg foreign parboiled rice smuggled into the country from neighbouring countries.

Speaking yesterday, to journalists in Lagos at the unit’s end of the year press briefing,the Acting Comptroller of the unit, Deputy Comptroller, Hussein  Ejibunu said the intercepted smuggled rice is equivalent to 14 trucks load.

He further stated that cannabis sativa and other smuggled items with duty paid value (DPV) of N714million were also intercepted within three weeks.

Ejibunu further disclosed that 27 suspects were arrested in connection with some of the 1,800 seizures made in the weeks under review.

Giving a breakdown of the seizures, Ejibunu said, “in just 3 weeks, the Unit made the following seizures: 7,059 bags of foreign parboiled rice 50kg each (about 14 trucks load), 607 kilograms of Cannabis sativa (Indian hemp), 537 kegs of PMS at 25 litres each.

While addressing some inquiries by members of the public on the legality of customs officers patrols and seizures, the Acting Comptroller cited  relevant Sections of the Customs and Excise Management Act 2004 as amended.

He explained further that section 11 gives power of  prosecution of anyone obstructing Customs officers for doing their duty .

On the killing of customs officers, he expressed determination of the service to arrest anyone involved in such murderous acts while announcing arrest of one of the prime suspects that killed an officer of the unit on active service on September 11, 2021

The unit within the period under review also seized 721.5kg cannabis which was handed over to the National Drug Law Enforcement Agency (NDLEA).

He added that seizure of 607kg of the illicit drug was made along Oshodi-Mushin Expressway without a suspect, while 114.5kg was intercepted and seized along ijebu-Ode/Abeokuta Expressway with a suspect identified as Mr. Anthony Duru.

The unit had recently handed over 14,728kg of Cannabis sativa which has become a regular occurrence that Ejibunu decried as a contributor to criminal activities that shouldn’t be allowed in the society

Ejibunu described the NDLEA as an agency carved out of the NCS and a worthy partner with the service in suppression of crimes.

Receiving the cannabis sativa on behalf of the NDLEA, Mr. Humphrey Ugwoke,a Deputy Commander of Narcotics (DNC) thanked DC Ejibunu for his contribution to the fight against illicit drug and commended the cooperation between both agencies of government.

Yuletide: Pressure on forex as Nigeria’s reserves falls to $40.66bn