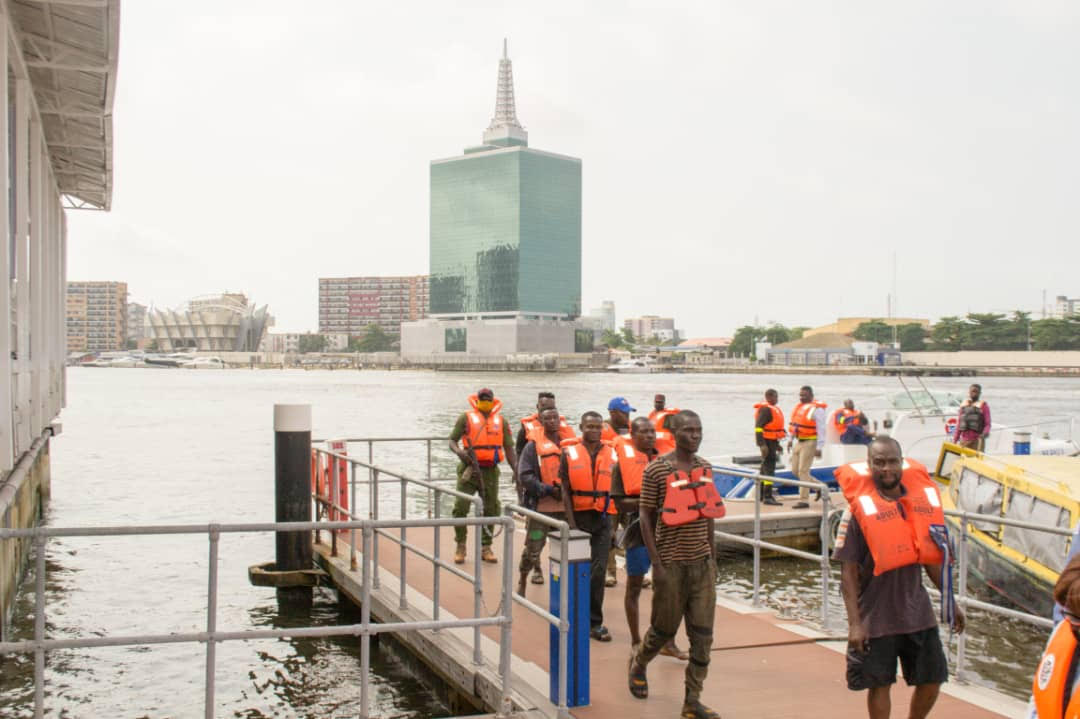 The training, which commenced on Monday, was rounded off on Friday with 22 water guard personnel benefitting from the initiative.

Among those that attended the training are medical team, sailors, mariners, divers who will go down into the waters and save lives.

Speaking, National President of the Merchant Navy Officers, Comrade Bob Yousou said that the union was ready to collaborate with governmemt agencies to boost maritime operations.

Yousou was represented by the union’s Secretary General, Comrade John Okpono Aleakhue at the training programme.

He maintained that the NMNOWTSSA has a robust working relationship with the National Inland Waterways Authority (NIWA), adding that LASWA would not be an exception in furtherance to promote and project maritime  safety

In a chat with newsmen, the Managing Director of Burdillion Marine and Technical Services, Comrade Wale George who doubles as the National Vice President of Merchant Navy union stated that the training was necessary because of the geographical location of Lagos state and the crowd using the waterways in the state.

The training according to him, will help the state to keep tab on waterways activities and prompt response.

His words,”Because of the geographical location, the waterways and the crowd, the state feels there is need to improve on the existing protocol so that our waterways can be accident free

“This initiative is to be able to respond quickly to emergencies on the waterways, so that before it happens, that are there.

“That also have the communication gadgets, the SOS, that keeps them standby at all times, to keep watch and quickly respond.

“The reason for training is to keep Lagos State prepared for emergency response so that even if there tan accident, they can quickly respond

The General Manager of LASWA, Mr. Damilola Emmanuel emphasised the need for collaboration among agencies to achieve the optimum desired development on the waterways transportation.

He believed that the training would boost confidence of waterways users because of confidence in prompt rescue in times of accidents.

“I think we are currently operating in an economy that requires synergy and collaboration because no one is an island and no one can function on his own so you need to identify the right partner for collaboration because at the end of the day, it is going to be for the developed of our water transportation

“It will also enhance and improve the current emergency and rescue response on our waterways because we know that these are the things that would boost water transportation significantly in the long time,” he stated.