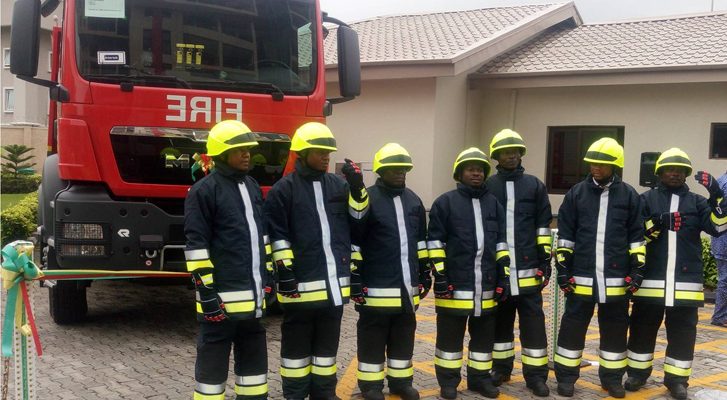 Following the spillage of petroleum products in the early hours of Friday within the Ikotun community, the Lagos State Fire Service (LSFRS) has called on residents to avoid anything that would ignite fire in the open air for the next four hours.

Mrs. Margaret Adeseye, Director of the Lagos State Fire and Rescue Service (LSFRS) who disclosed this on a live radio programme as monitored by our correspondent, urged residents of the Ikotun, Igando, Ijegun and Idimu under Alimosho Local Government Area to be calm following the spread of the content.

Adeseye reiterated that officers and men of the LSFRS have been deployed to the scenes of the spillage, adding that sensitization on how to avoid open ignition was ongoing.

She said maintenance of the pipeline installation was carried out by the Nigerian National Petroleum Corporation (NNPC), adding that the environment was circulated with the smell of petroleum products and spillage of the content within the neighbourhood.

The Director noted that some areas were affected with the smell and spillage than others, pointing out that the Local Council Development Area and the market close by were highly volatile.

She stressed that “Am here to educate people in that area to avoid naked fire, either electric, mechanical or naked fire should not be allowed for the next four hours.

According to her, the Ikotun corridors down to the Synagogue Church Of All Nation have been engulfed with spillage and smell but maintained that there was no need to panic .

“We received the call about the vandalisation around 2.54am in the wee hours of Friday and we turn out to the site to control the situation and they also called on the NNPC to shutdown supply of petroleum products and to also invite them for the necessary maintenance.

“They want to ensure that there is no outbreak of fire within the affected areas.

Asked about the strategies deployed to manage the situation, she maintained that” My men are right there at the Ikotun market to ensure that activities that would leave to fire usage is avoided.

She urged the Local Government Area chairman and Commissioner for Chieftaincy to ensure  anything that would lead to fire usage is avoided.