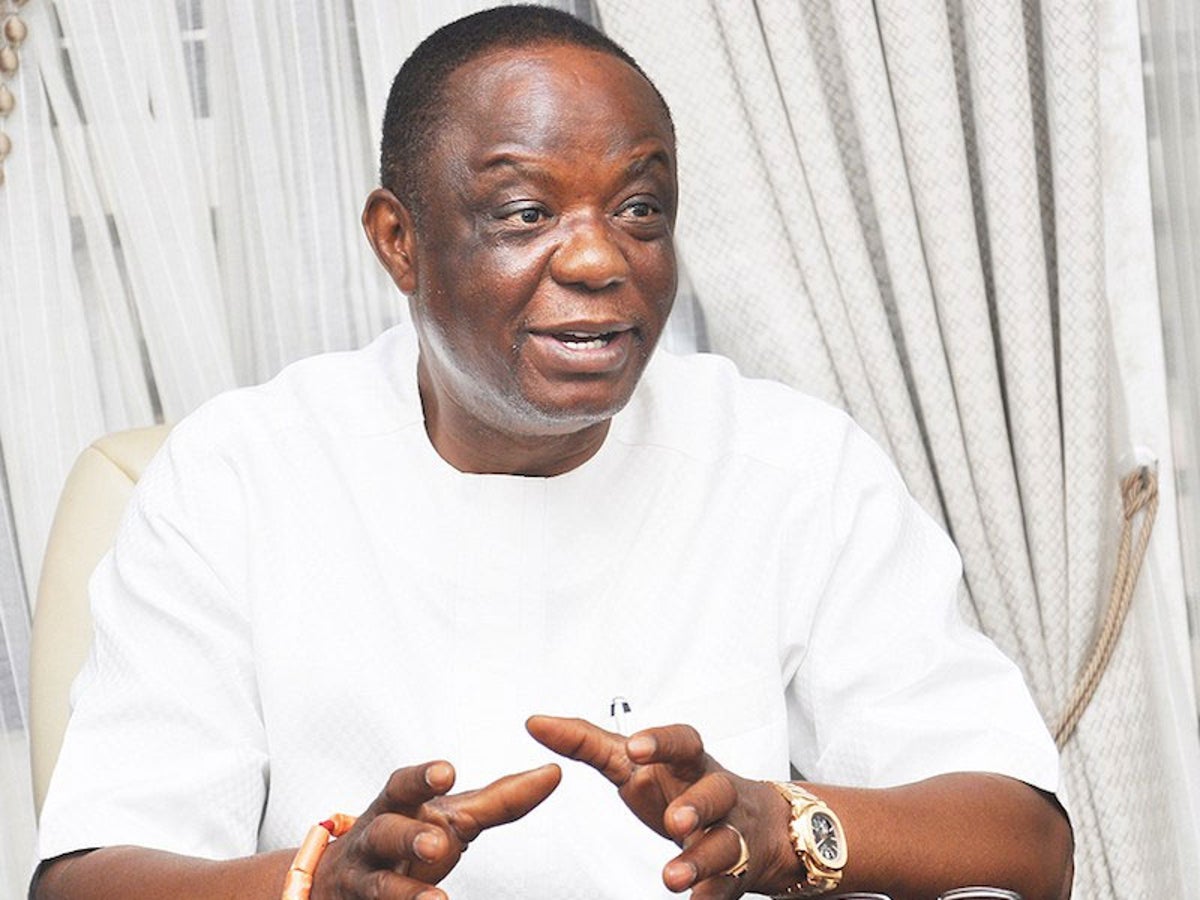 According to insider sources, Ayeni dragged Okunbo to the Economic and Financial Crimes Commission (EFCC) over alleged mismanagement, stealing and diversion of funds from the company.

In the petition written by his counsel, Mr Femi Falana (SAN), and a copy made available to newsmen, Ayeni gave a vivid account of how Okunbo tried to scheme him out of the company.

Ayeni said he had since discovered “a lot of stealing and diversion as well as gross mismanagement of large sums of money belonging to the company.”

However, in a swift reaction to the multitude of allegations against Okunbo,  OMSL, via press statement of the Management of OMSL categorically stated that Dr Ayeni was no longer a part of either OMSL or its associated companies as he resigned since  2018 after selling all his shares.

The press state reads in part: “The attention of the Board of Ocean Marine Solutions Limited (OMS) has been drawn to several petitions written to various Government Agencies and widely circulated online, written, authored and orchestrated by Dr. Olatunde John Ayeni, a former Director and shareholder of OMS.”

The statement went on to describe Ayeni as “a meddlesome interloper seeking to blackmail Okunbo at this time of his ill-heath for Financial Benefit.”

According to him, Okunbo holds 46 per cent shares in the company, he, Ayeni, holds 35 per cent, Dooley holds 14 per cent, while Aikhomu held five per cent.

Ayeni said himself and Okunbo acquired Aikhomu’s shares after his demise. After his death, Aikhomu, who was the founding chairman, was replaced by Okunbo as chairman.

In the petition Falana stated, “Our client became very distracted from the day to day operations of the company because of an almost daily requirement of his presence at either the EFCC, the offices of his lawyers and the courts.

“During this period, the company had a payment challenge from the CBN as it also works for the Nigerian National Petroleum Corporation and its subsidiary NPDC as a result of which some of the payments are denominated in United States Dollars and as such the payments come through the CBN.”

Ayeni said Okunbo attributed difficulties in the payment of the invoices to his (Ayeni’s) prosecution by the EFCC.

In order to shield the company from the effect of his prosecution, Ayeni said Okunbo persuaded him to step aside from the company and its subsidiaries and handover to him to enable him protect income sources of the company.

Ayeni said he agreed to the suggestion because he trusted Okunbo, only for the latter to turn around and say Ayeni’s shares had been sold to him, the petition said.

The petitioner alleged that at no time did he discuss the actual sale of his interests in the company or any of its subsidiaries or affiliates with Okunbo. He said he no longer received emails and briefings from the company in respect of the businesses and finances but continued to receive his monthly allowances of $350,000 and $25,000 for his wife.

However, Ayeni alleged that the allowances were stopped in September 2020 because of irreconcilable differences bordering on financial impropriety by Okunbo.

The petition said, “When our client confronted Okunbo,  he had no defence whatsoever but claimed that he had bought our client out of the company and he cannot complain.”

Ayeni also narrated how Okunbo introduced one Mr Nedd Nwoko to the company.

Nwoko said he had a contract with the Association of Local Governments of Nigeria (ALGON) in respect of the Paris Club refund and that his fee was 20 per cent, Ayeni alleged.

He said Nwoko asked the company to fund the transaction process for him, which he put at $5 million, and proposed to pay the company at success the sum of $30 million.

Ayeni said Okunbo funded Nwoko at various times to the tune of $6million.

He said, “Captain Okunbo claimed that only $4.5 million was paid which was less than the money given to Nedd Nwoko because the Nigeria Governors’ Forum reduced his payment and he could not afford the commitment.

“Captain Okunbo suggested to our client to accept the money to reduce the pressure from AMCON, which he obliged, as this was the practice in the company – any particular director in need is sometimes advanced sums of money ahead of others.”

Falana further stated in the petition, “Captain Okunbo now claimed that our client is no longer entitled to any share in the company’s revenues because of the N1 billion (utilised in initially settling the EFCC on his behalf) which was part of the $4.5 million paid through him to our client by Nedd Nwoko, which was tied to the agreement our client signed with him to avoid EFCC from closing down the account.”

He explained, “Sometimes in July 2020, one of our client’s partners told him of a discrepancy which had been noticed in the accounting records leading to an unauthorised withdrawal of $10 million and $8 million, respectively.

“Capt. Hosa Okunbo had claimed to them that he had spent the sum to settle a Senate hearing on one of the subsidiary companies, the Secured Anchorage Area (SAA), and that $8 million was spent in the Presidency on the same issue because of the dispute between him and the Ministry of Transport/Nigerian Ports Authority, which our client considers to be unreasonable because the total annual profit achieved on the SAA was about $5 million.

“You will agree with our client that the claim that Capt. Hosa Okunbo spent $18 million on influence peddling without discussing it with our client amounts to diversion as it makes no sense at all. More so, that the story of the amount he claimed to have spent has continued to change by the day from $1 million to $2 million to $4 million to $6 million until he made them to input the records $10 million for the Senate hearing and $8 million for the Presidency.”

Ayeni accused Okunbo of  moving the company’s accounts from Polaris Bank to Stanbic IBTC and abandoning the loan repayment comment by the company to the consortium of banks that funded the acquisition of Yola and Ibadan Discos.

He said, “The loan as at today is about $100 million and no single repayment of interest and principal has been made into the account for over one year and a half.

“Captain Okunbo was a director of the Board of IBEDC until a few months ago when he resigned and replaced himself with his younger brother, Mr. Kingsley Okunbo, but he refused to pay the money meant for the acquisition of the company but he rather has been stealing it and diverting same to his personal use and to fund his political activities in just concluded Edo State governorship election.”

Ayeni also alleged that Okunbo inflated the cost of making a movie on oil spill in the Niger Delta from $7 million to $30 million.

The petition read, “Diversion of the loan of N500m to Gen. Boro, the then coordinator of the Niger Delta Amnesty programme.

“Our client was informed that the money was subsequently repaid to the company through Captain Okunbo and two vehicles were recovered by him. He took possession of it and never paid back to the company.

“Captain Okunbo borrowed $2 million from the company and took it to Liberia to fund the current Liberian president’s election. He has refused to pay back to the company.

“Unauthorised sale of the company’s Challenger Aircraft for the sum of $5.5 million and diversion of the money to his personal farm in Benin, which he has refused to pay back to the company.

“Captain Okunbo borrowed $1 million from the company account which he refused to pay back to the company.

“The company through Captain Okunbo made available the sum of $5 million to Dr John Abebe for a five per cent share in an oil block with Star Oil. He has refused to provide details of the document of the investment.

“Captain Okunbo has illegally taken unauthorised amounts of money from the company account to fund the just concluded Edo State election without our client’s consent.

“From preliminary information, our client has been informed that he spent about $18 million in this process, as a result of which our client requested a forensic audit of the accounts of the company and the subsidiaries, which Capt. Okunbo had taken full control of.”