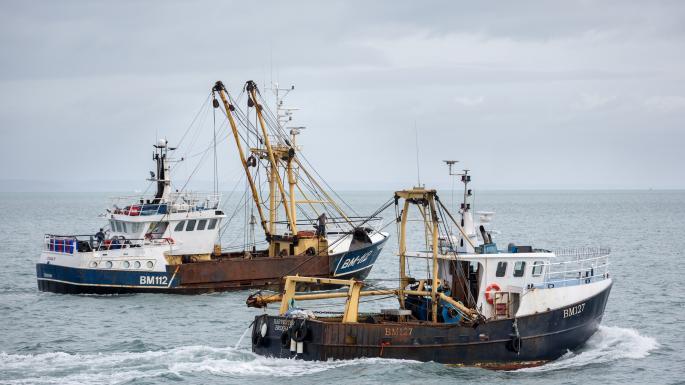 Nigerian Trawler Owners Association of Nigeria, (NITOA) is excited that the rate of attacks on vessels on the high sea has reduced drastically in recent times.

A top official of the NITOA who does not want his name mentioned, told our correspondent that fishing vessels recorded only two attacks in the entire 2021.

He admitted that in the first quarter of 2022, there has been no attack recorded.

Our source further stated that the drastic reduction is as a result of constant patrol by the men of the Nigerian Navy.

He admitted that the naval personnel have been monitoring the waterways closely in recent times leading to the positive outcome.

Another factor that led to the reduction, according to the official, is the Guards attached to the vessels

Recall that the trawlers had recorded incessant attacks in the line of duty much that it caused some of the ship owners to quit the arena.

In 2013, over twenty trawlers were active in the fishing sub-sector of the maritime industry but gradually reduced to less than ten in 2019.

Our source added that in recent time, there has been much reduction in the number attacks on vessels in fishing business in Nigeria.

Primarily, most of the attacks on fishing trawlers were recorded in the Niger Delta region of the country, even as seafarers have clamoured for the deployment of coast guards to support the fight against insecurity in the region.

Comrade Bob Yousou, National President, Nigerian Merchant Navy Officers and Water Transport Senior Staff Association (NMNOWTSSA), while lending his voice on the fishing sub-sector of the maritime sector, urged members of NITOA to improve on the welfare of sailors, while calling on the government to rectify Convention 188F and other fishing conventions.