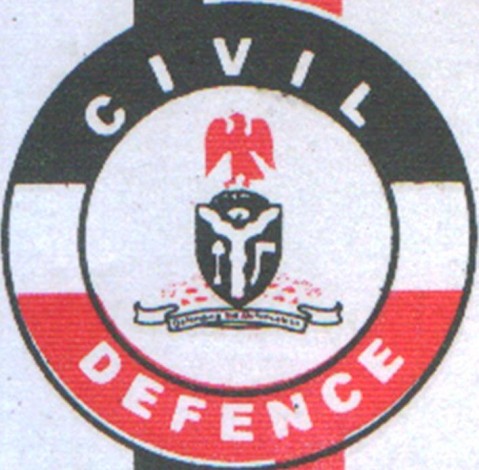 The Commandant General (CG) of the Nigeria Security and Civil Defence Corps (NSCDC), Dr. Ahmed Abubakar Audi on Friday gave a nod to collaboration with the United States of America and France on different areas of training and manpower development for personnel

The move is said to be borne out of determination to rejig, revamp and reactivate, restructure and reposition the corps

The security outfit boss added that he was desirous to making the agency a world class organisation.

The Commandant General while playing host to two separate delegations from the U.S and France, expressed readiness to enhance the capacity of his personnel through different categories of training for effective performance in different areas of its mandates.

Director, Public Relations of the Corps, National Headquarters, Abuja, DCC Olusola Odumosu revealed this in a statement on Friday.

According to Audi, the corps which is a lead agency in the protection of critical national assets and infrastructure, disaster and crisis management, regulation of Private Guards Companies and other given ad-hoc assignments such as the Agro Rangers, counter insurgency operations among others, would perform better if there is enhanced capacity of its personnel.

He maintained that protection of Critical National Assets and Infrastructure from the nefarious activities of vandals would be better done when the Corps is equipped with state of the art surveillance equipment like surveillance cameras, utility vehicles to navigate difficult terrains, drones and tracking devices; saying such assistance will help the Corps to carry out diligent prosecution of its assignments.

Audi emphasised that training in Counter Terrorism, Counter Insurgency and Chemical, Biological, Radiological and Nuclear Explosives (CBRNE) accompanied with up to date simulation exercises will better reposition the NSCDC to respond more proportionately to the current asymmetric warfare affecting Nigeria.

In response, the Senior Regional Security Officer at the US Embassy, Michael Vannett Steven, appreciated the Corps over its response to security situations in the country, citing the peaceful conduct of its personnel in different national assignments in Abuja and across the country.

Steven expressed willingness to support and collaborate with NSCDC, saying his country has enough expertise in many areas and advised the CG to articulate the Corps areas of needs accordingly in order of priority, assuring that US will leverage on the existing relationship to assist the corps in succeeding.

In a related development, the Desk Officer, Police Cooperation, French Ministry Of Foreign Affairs, Lt Col Laurent Savio, who was on a similar visit to the CG NSCDC, said he was delighted to visit the Corps National Headquarters to further strengthen the existing ties with the Corps and to know its needs with a view to understanding the areas of possible collaboration.

He promised to assist the organization in designing and facilitating training programs and equipment that are made in France to help recalibrate and upgrade the Corps to a professional standard for optimal performance while also thanking the CG for Injecting new innovations, policies and programs that has turned around the organization in the last one year of his leadership.

The Commandant General promised to constitute a committee to interface and come up with credible training programs that will benefit the personnel and the Corps at large.

The Security Attache, Verin Emmanuel, who was also in the entourage assured the Commandant General that they will continue discussions on the collaboration and fashion out better ways of maintaining the partnership