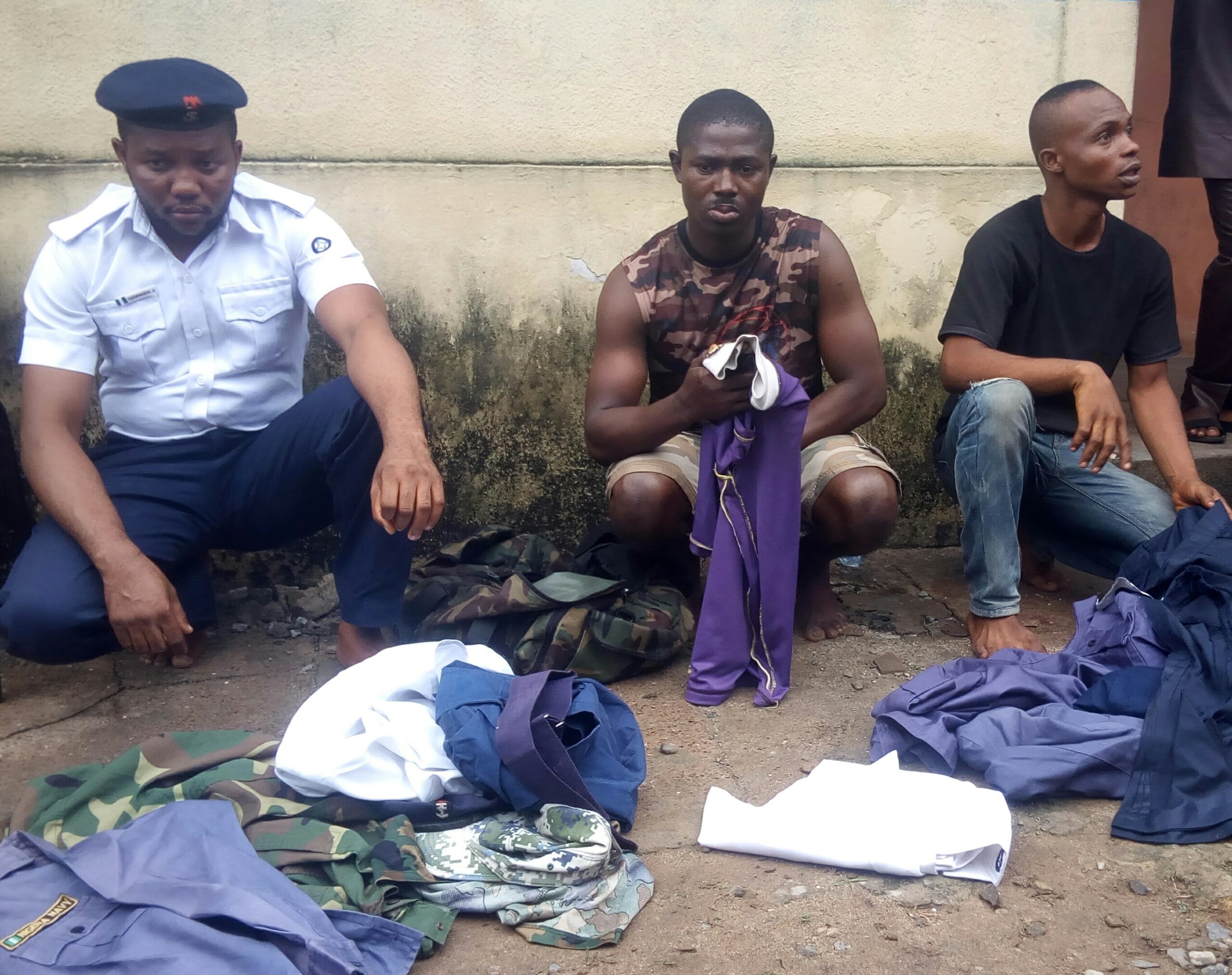 Chinazor Megbolu    |
The Nigeria Police has nabbed two men in Lagos for recruiting themselves into the Nigerian Navy (NN).
The two men, Mr. Daniel Christopher and Mr. Ugwu Emmanuel, recruited themselves into the Nigeria Navy and started operating as Naval officers before they were arrested.
The fake officers met their waterloo at Ijaiye, Ojokoro area of Lagos, putting on the Nigerian Navy uniforms with identification cards posing as officers of the force.
Their arrest was based on intelligence information the Police got when the suspects went for an illegal duties in the Ijaiye area.
At the police station, Christopher and Emmanuel identified themselves as officers of the Navy having shown the Police their identification cards with full Navy uniforms as well.
However, police investigation proved that the suspects admitted not being officers of the Navy when they realised that their fake posturing has been discovered, confessing they only recruited themselves into force by procuring uniforms and identification cards.
They also informed the police that they missed the opportunity of being recruited into the Navy,hence recruiting themselves and pleaded for leniency.
The Police subsequently charged them before the Ogba Magistrates Court for impersonation and forgery by wearing Navy uniforms and forging the Identity cards and they pleaded not guilty.
The Prosecutor, Mr. Victor Eriuda, however, asked the Court to give a date for hearing to enable the Police to prove that the defendants actually committed the alleged offence.
Due to the Prosecutor’s plea, the Presiding Magistrate, Mrs. M.O Tonimola, granted them bail in the sum of N100,000 with two sureties in like sum.
Christopher and Emmanuel were, however, remanded in Correctional Centre at Kirikiri till they can perfect their bail conditions.
The matter was adjourned till October 7, 2020.

How Your Cars, Generators can use Natural Gas