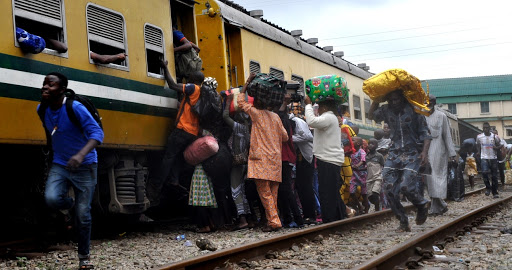 The Northern District Regional Manager, NRC, Mr. Ismail Adebiyi, on Sunday, said the corporation in March 2021, proposed plans to resume operations on the Lagos-Kano route, suspended as result of the Covid-19 pandemic.
He also noted that the train will operate once a week to leave Lagos on Friday evening and arrive in Kano on Sunday morning.
Adebiyi posited that NRC has also concluded plans to restart operations from Kaduna to Kafanchan; and Kaduna to Kano train service before the end of August.
He maintained that the corporation will rehabilitate 100 wagons to further strengthen the rail sector within the next two months.
He stressed further that 21 of the rehabilitated wagons would be used in the Northern district of the rail service comprising Kaduna, Kano, Jigawa, Yobe, Katsina and Zamfara States.
He said that plans were at an advanced stage to boost traffic on the Kano-Nguru (Yobe state) by returning coaches that were dropped due to the Covid-19 pandemic.
Adebiyi further said that since most of the routes were on narrow gauge, NRC would strengthen its maintenance work to ensure hitch-free operations.
Adebiyi said the NRC has partnered with key security agencies and other relevant stakeholders to address the menace.

One dead, 15 injured as boat capsises In Ondo