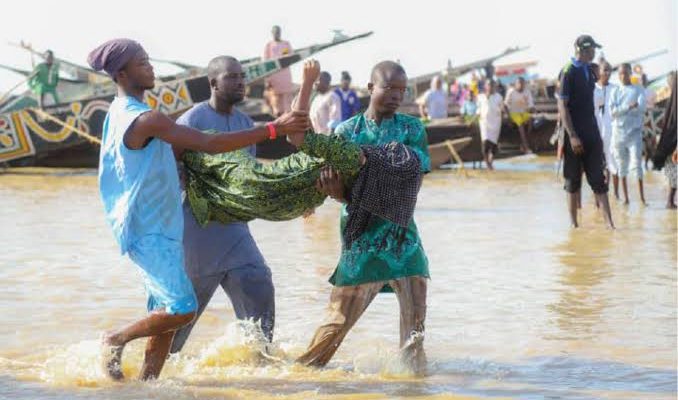 One person reportedly died while 15 others sustained injuries at the  weekend during a boat mishap in ldiogba, Ondo state.

It was gathered that the boat was overloaded with passengers and goods during the market day in lgbokoda town when the incident occurred.

Reports had it that they left Awoye and was heading to lgbokoda market. The engine of the boat reportedly failed and the wave of the sea reportedly capsized the boat.

Eyewitness account said that the accident would have been averted if the transporter did not overload the boat and the passengers involved had put on their life jackets.

Reacting to the ugly development, the NSCDC image maker in the state command, Olufemi Omole in a statement said that “the State Commandant of the Nigeria Security and Civil Defence Corps Ondo State Command, Commandant Hammed Abodunrin has issued out a disaster alert cautioning the boat or ferry transporters at the riverine areas of the State to desist from overloading of passengers and goods which could lead to an unprecedented mishap

Omole confirmed that the accident at ldiogba would have been averted if the transporter had not overloaded the boat and the passengers had their life jackets on when the accident occurred.

He said that the command was fully committed to safeguarding all critical national assets and Infrastructure, Intelligence gathering, anti-vandalism, disaster management amongst others.