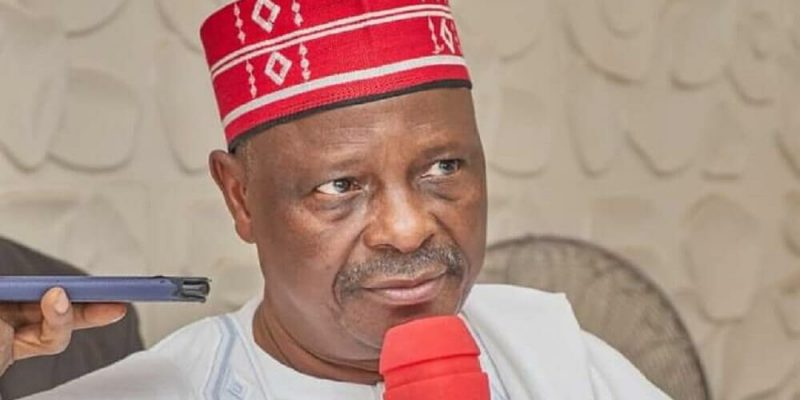 The Presidential candidate of the New Nigeria People’s Party (NNPP), Dr. Rabiu Musa Kwakwanso has described the gridlock on the port access road in the 21st century as an eyesore even as he said it was unacceptable.
The Presidential candidate said this at the town hall meeting with the stakeholders in Lagos on Tuesday.
He regretted that the Nigerian port remained the same more than seventy years after saying the government is not futuristic in its plan while planning the establishment of the ports.
He lamented that many things have gone wrong in the industry making reference to the days of the Nigerian National Shipping Lines (NNSL) with beautiful ships asking why should such assets die.
He queries the government why the Cabotage Vessel Financing Funds (CVFF) is yet to be disbursed adding that many issues are begging for answers.
His words, “My being here today is out of personal conviction that the maritime sector is a critical element to the growth, survival and prosperity of Nigeria. Again, anybody who forgets his root will never go far in life.
“One of such, for instance is congestion on port access roads in Apapa. It may interest you to know that in one of my visits to Lagos sometimes ago, I was in Apapa and was stunned at the spectacle of articulated trucks lining the Ijora Bridge.
“To me, it was an unacceptable eyesore in a twenty-first century Nigeria. I was even made to understand that I came when things had improved. This is highly unacceptable!
“It goes to show that we rarely plan for the future. A port system originally designed for a population of less than 50 million people in the 1950s with less than 2.0 million cargo throughput has remained almost the same for more than 200 million population in 2022.
“When a country’s population is increasing at geometric progression and port infrastructure remains static, the resultant effect is chaos. To me, that is the cause of the Ijora Bridge debacle and other issues.
“So many things have gone wrong with the industry. I can still remember the days of the Nigerian National Shipping Line (NNSL) with its beautiful ships flying Nigeria’s flag across the globe! Why did it die?
“Why do we not have a replacement as the giant of Africa? What has become of the Cabotage Vessel Financing Fund (CVFF)?
“Why has it not been disbursed to beneficiaries? From my little knowledge of the sector, a lot of questions are begging for answers!
Speaking further, the NNPP presidential candidate promised to tackle the issue of high level corruption in the corruption to make the various government agencies more.prodyctive and efficient.
As for the border posts, he maintained that he would put in place an effective border posts and controls to stem the tide of smuggling.
“It is also my desire to see that the Customs and other regulatory agencies must be made to perform efficiently and effectively. The observed high level corruption in the system has to be tackled to improve the productivity in the ports.
“Again, it is worthy here to make mention of effective border checks and control to stem the tide of smuggling and its related security implications. Indeed, the entry points of Nigeria shall attract the desired attention of my administration if elected the President.”