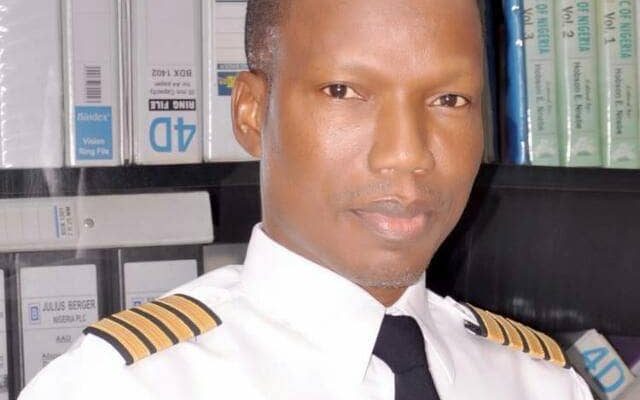 Abiola SeunThe federal government, on Monday, said it was doing everything possible to ensure the release of $464million foreign airlines earnings trapped in Nigeria.This was disclosed by the minister of Information and Culture, Alhaji Lai Muhammed, during a media tour of the newly commissioned terminal 2 of the Muritala Muhammed International Airport (MMIA), Lagos.Also, the Managing Director, Federal Airports Authority of Nigeria (FAAN), Capt. Rabiu Yadudu, said five foreign airlines are scheduled to begin operating from the newly commissioned terminal 2 at the MMIA by September.Recall that foreign airlines have complained about $464million earning that is trapped in the Central Bank of Nigeria (CBN).

However, the trapped fund has led to Emirates Airline suspending their operation into Nigeria starting from September 1st, 2022.Also, the International Air Transport Association, (IATA), has warned of greater consequences, saying more airlines may suspend operation into Nigeria if the trapped funds are not released.However, speaking to journalists after the tour of the facility, the minister said the government is doing everything to resolve the impasse.He said, “the relevant authorities are working hard on it.”The minister, however, disclosed that the Terminal 2 has created over 10,000 direct and indirect jobs and has the capacity to process 14million passengers annually.According to him, the terminal was not built to replace the terminal 1 which he said was built in 1979 to process 200,000 persons but to complement it.He said, “The new International Terminal 2 of the Muritala Muhammed International Airport, Lagos, was not built to replace Terminal 1, it was built to complement it that’s why we were told that you could check in at one Terminal and board at the other. So there is a handshake between the two Terminals. “It was the first terminal added to the original terminal since it was built some 40 years ago. The Terminal 2 Project started in 2013 and was completed by the present administration in 2022 under a bilateral agreement with the People’s Republic of China.
“The terminal, which has state-of-the art facilities and fittings, has the capacity toprocess 14 million passengers per annum.”The minister, who stated that the world class facility inspected were also present in other states of the federation such as Abuja; Port Harcourt; Enugu and Kano. He, however, commended president Muhammadu Buhari’s administration saying no administration in the history of Nigeria has invested in infrastructure.“This edifice, and the others like it, is a testament to the commitment of the Buhari Administration’s unprecedented infrastructure development covering roads, bridges, rail, water dams, seaports, etc. “No administration in the history of Nigeria has done this much, especially at a time of scarcity of resources.Speaking on the viability of the terminal 2, the FAAN MD, said, five more airlines airlines are to start operating from the terminal by September, 2022.“We are expecting eight foreign airlines to start operation but five are expected to start by September at the new international terminal.”

Maritime, critical to growth, survival and prosperity of Nigeria – Kwakwanso