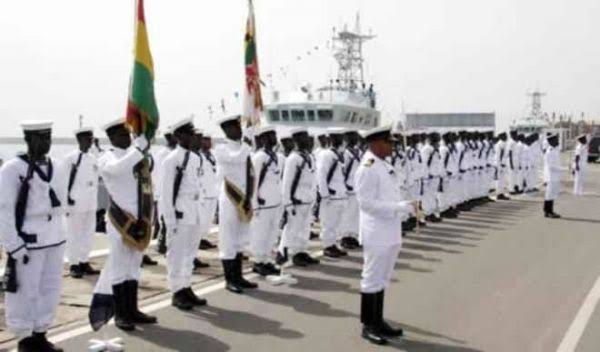 The Western Naval Command (WNC)  on Wednesday carried out Operation Awkward to ascertain how the responses of their men and assets will be to squash threats in case of any emergency.

The Flag Officer Commanding (FOC) WNC, Rear Adm. Jason Gbassa, said that he was impressed with the exercise.

“In this operation, there are air elements, surface elements, underwater elements which were involved to ascertain the state of readiness of all our assets.

“It is important to carry out these tests to see how ready we are in the case where there is a threat to the security of the base,” he said.

The FOC said that all military operations were based upon intelligence and that Operation Awkward was no exception.

He, however, said that there was no practical intelligence to show that the base; NNS BEECROFT,  was under any form of attack.
“The operation is just for us to test the readiness of our men and the entire ship’s company and to ascertain that we are prepared in case there is any threat.

“The response was impressive starting from the divers that went underwater to check around the underwater aspect of the ship as well as the surface elements that man the boats alongside the boats that sounded alarms to make sure that any intruder does not have a free reign to access the ships,” he said.

The FOC said that the entire base was involved in the operation starting from NNS BEECROFT to the Air Base in Ojo and all the units and military formations.