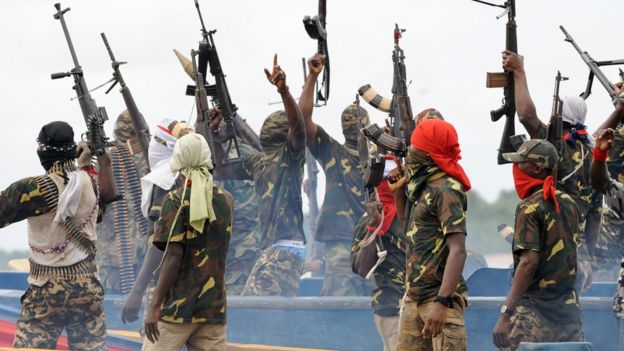 Due to increase in the rate of piracy and sea robbery in riverine communities and the Gulf of Guinea, the Police Campaign Against Cultism and Other Vices (POCACOV) has  called for concerted efforts at tackling the menace of piracy and related crimes on inland waterways.

The National Coordinator of POCACOV, CSP Ebere Amaraizu, made the call while speaking with newsmen in Enugu yesterday.

Amaraizu spoke against the backdrop of increasing activities of pirates in riverine communities.

He said that waterways were another environment but similar to that of the land where a lot of human activities ranging from traveling and transport of goods and services among others take place.

According to him, pirates’ activities have ignited the need for us to conceptualise and visualise how best to tackle the menace.
“Piracy could be explained as an act of criminality and violence by hoodlums who attack ships or boats from another ship or boat along our rivers, waterways or coastal areas.
“Their goal includes stealing cargo, boat engine and leave passengers stranded on top of the waterways as well as stealing other valuables.
“Pirates activities undoubtedly have severally resulted to loss of revenue, killing of persons on board, maiming, kidnapping, stealing of goods and vandalism of some important part of ships and boats.

“There is need to come up with a clear cut counter-piracy unit which must be equipped with necessary technical aids, tools and training to help strengthen maritime security and intelligence,’’ he said.

Amaraizu also noted that stakeholders’ involvement and participation cannot be overemphasised in curbing the menace of pirates due to its unpleasant consequences on humans and the economy.

“The media needs to get into the issue and help set an agenda so that everybody will be aware of the issue of security and safety of our waterways to bridge the gap of low sensitisation and awareness on the subject matter,’’ he said.