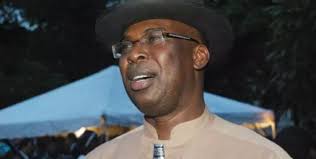 The Federal Government has said that the freezing of equity investment in upstream field development projects by International Oil Companies (IOCs), is a call for Africa to provide alternative funding to sustain their various hydrocarbon development and energy future.

This was disclosed by the Minister of state, Petroleum Resources, Chief Timipre Sylva at the opening ceremony of Africa Local Content Investment Forum, organised by the Nigerian Content Development and Monitoring Board (NCDMD), in Lagos yesterday.

The conference which was themed ” Pan-African Strategy Towards Sustainable Funding Of Africa Oil and Gas Projects”, had Secretary General, African Petroleum Producers’ Organisation (APPO), Omar Farouk, the African Export Import Bank (Afreximbank), among other African and international Oil and Gas players in attendance.

The Minister, who was represented by the Permanent Secretary, Ministry of Petroleum Resources, Dr Nasir Gwazo, said study conducted on “the Future of the Oil and Gas Industry in Africa in Light of the Energy Transition’ by APPO members had emphasised the need for African countries to develop their oil and gas sector.

Sylva said the report indicated that with Africa over 120 billion barrels of proven crude oil and about 600 trillion cubic feet of proven gas reserves, the governments of APPO member countries are heavily dependent on oil and gas revenues to meet their socio-economic obligations.

He said, “Without doubt, the emerging trend where leading multinational financial institutions are factoring Environmental, Social, and Corporate Governance (ESG) in their lending decisions; and the seeming freezing of equity investment in upstream field development projects by International oil companies is a wakeup call for Africa to provide alternative funding to sustain hydrocarbon development and secure our energy future.”

This growth will be driven by industrialization, population and expansion in economic activities.

“The above realities make this forum very compelling, to design strategies for closing the gaps, propel sustainable growth and optimize utilization of African goods and services across major global markets.

Speaking earlier, the Executive Secretary, NCDMB, Engr. Simbi Wabote, said continent needs to develop a robust response to the conspiracy for Africa to abandon her hydrocarbon resources, saying, Africa should seek continental collaboration and global support for continue use of fossil fuels.

Wabote, said the conspiracy had made some European banks, pull out of hydrocarbons development projects while International Operating Companies are shying away from investments in hydrocarbon projects.

He, however, said the scenario is a huge concern to African leaders and policy makers in the oil and gas industry, saying, It is critical to address funding and investment challenge.

“Already, some European banks are pulling out of hydrocarbons development projects and most of International Operating Companies are shying away from investments in hydrocarbon projects to avoid backlash from green energy activists”

“This unfolding scenario is of huge concern to African leaders and policy makers in the oil and gas industry. It is therefore critical that we explore the necessary steps required to address this funding and investment challenge so that our hydrocarbon resources is not abandoned below the surface like many African countries including Nigeria abandoned their coal mines,” Wabote said.

He, however, bemoaned the recent narratives from the West and its allies that the hydrocarbon resources in Africa are becoming endangered resources.

He said, “Ironically, the African continent is reputed to hold vast deposits of natural resources including oil and gas.  In the last four decades, the number of African countries producing oil has increased rapidly as new discoveries are made with the latest additions being the countries of Mozambique, Uganda, Namibia, Mauritania, and South Africa.

” The expectation is that the existing and new hydrocarbon discoveries would have presented additional opportunities to address the energy challenge in the African continent but the narratives we are hearing from most of the developed counties in Europe and North America are quite disturbing. The quest for energy transition, as it is being advocated in some European countries and other parts of the world is now taking centre stage and as this trend progresses, the hydrocarbon resources in Africa are becoming endangered resources.”

The NCDMB boss, also, queried the new energy alternative to fossil fuels, saying, a group of nations in the name of mankind was setting deadline for adoption of one form of energy to the detriment of another.

“Whereas, the addition of a new form of energy into the mix of options available for utilization by mankind has always followed a normal course of acceptance and adoption. This is the first time a group of nations in the name of mankind is setting deadline for adoption of one form of energy to the detriment of another.

“At the COP26 event held in Glasgow in late 2021, these countries made commitments on behalf of the rest to curb methane emissions, align the finance sector with net-zero by 2050, ditch the internal combustion engine, accelerate the phase-out of coal, and end international financing for fossil fuels.

“It is of a bit of a comfort that some African countries have made some in-roads in securing funding and investment for the development of hydrocarbon projects with strategic partnerships with countries that have not turn themselves to oil and gas adversaries such as China and India.Other African Countries are also doing their bit to develop infrastructure and processing plants for the hydrocarbon value chain but there is need to do more,” he said.