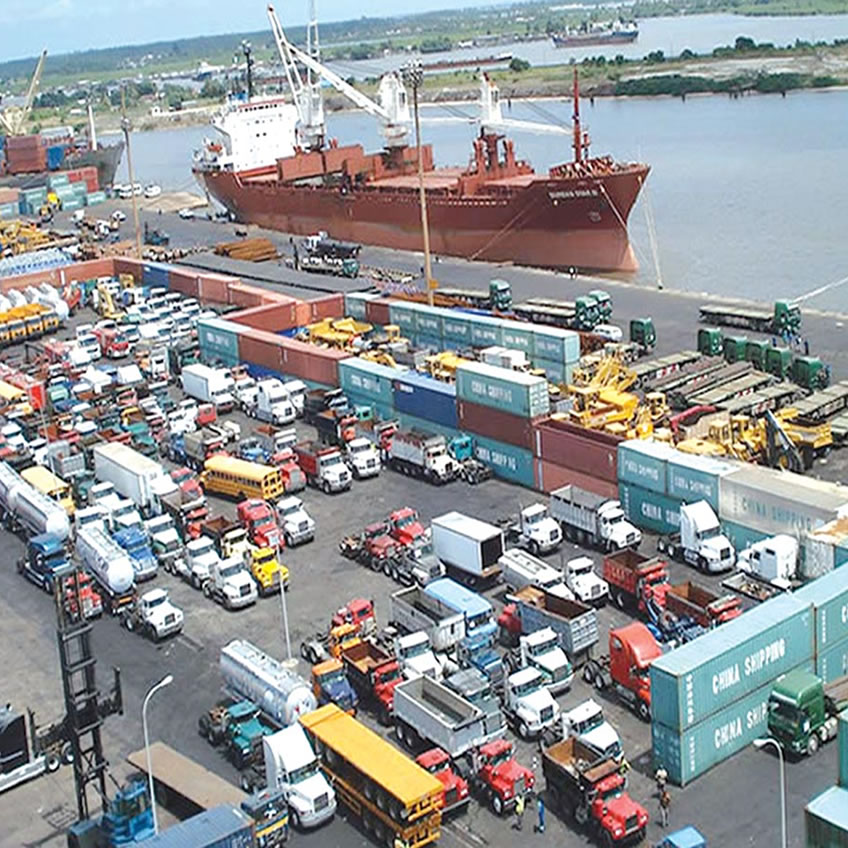 The leadership of the National Council of Managing Director of Licensed Customs Agents (NCMDLCA) has lauded the efforts of the Tincan Island Port Complex (TIPC) Manager, Engr. Ibrahim Yunusa Anji for his innovative measures at ensuring sanity at the port in recent times.

The factional group stated this on Wednesday during a courtesy visit to the Port Manager at Tincan, Lagos.

The clearing agents group led by the Western Zone Coordinator, Alhaji Kasim Isa Aduwa expressed satisfaction over the achievements of the Port Manager on keeping the vehicles away from the roads.

Aduwa, who said that the port had witnessed a steady progression in port operations since the assumption of office, promised to work with him.

He admitted that the Electronic call- Up system at Tincan experienced some hitches at the beginning but that things have since been normalised even as he said that Tincan port is the most friendly port in Nigeria.

Aduwa who also doubles as the Chairman, Tin Can Island Port Chapter, NCMDLCA maintained that NPA had never experienced such orderliness at it is presently witnessing in the area of traffic control.

He words, “NPA has been doing very very well since the deployment of the new Port Manager. Just look at the road for instance you will agree with me that there is a change in the way and manner we do things now.

“Before now it used to be hectic before we can access Tin Can Island Port Complex before we can do our jobs. There is no way you can move from Mile 2 to this end without complaining  .

“Despite coming through with motorbikes, you will surely see the agents, government officials falling down the road with some degree of injuries on a daily basis.

“But with the efforts of management of NPA, I think things have changed in our ports.

“Truly speaking, the Port Manager is a man of his words. We are proud of him because when he assumed duty here at TCIPC, he did promise to do his best to ameliorate the situation he met on ground and today we are all happy with what the ports look like.

“We have lodged series of complains to him since he was deployed to the port and believe it or not, he has resolved those complaints .

While sharing his experience on human control at the port, the NCMDLCA boss called for speedy completion of call up system at the port to create enabling business environment.

In his response, the Port Manager, Anyi, disclosed that on assumption of office, he was able to engage several stakeholders to ensure congestion on the roads are addressed.

Anji affirmed that management of the NPA was working round the clock in ensuring that the e-call system succeed.

According to him, as a measure to curtail vehicles parking along the road, the Authority introduced towing of broken down vehicles in the port access roads to designated parks at a cost.

He added that the development further helped to scare truck drivers from parking their vehicles indiscriminately along the roads.

The Port Manager maintained that the fruitful engagement with the road contractors also contributed to the sanity faced at TCIPC.

The lauded management of NPA under the acting Managing Director, Mohammed Koko for his team spirit and effort to ensure that the e-call up system work out perfectly.

Anji said the e-call up system contributed majorly to the orderliness witnessed so far in port operations.

According to him, the port corridor was also another factor militating against smooth port operations at TCIPC but added that on assuming office in December 2020, he engaged the contractors handling the Apapa Oshodi Expressway in fast tracking the completion at the port axis.

“When I came on board as Port Manager , I make sure that I engage the truck owners and I appealed to them that before any entry into the port they should ensure that the battery, brake and other accessories surrounding the vehicle is intact to avoid any form of breakdown along the access road of TCIPC and that has been working ever since then.

“We have a park where we gather faulty vehicles that has some technical issues to allow the flow of vehicles along the port access road and that is working for us as we speak .

LASWA to launch control room to enhance safety on waterways