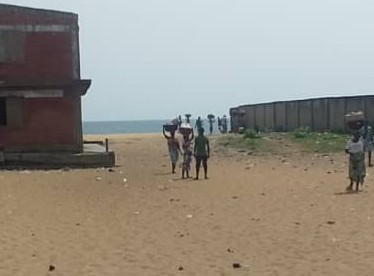 Investigations have revealed that members of the border drill team which are meant to enforce the Federal Government border closure policy have gone into an unholy alliance with smugglers to perpetrate the illicit practice across the border.

Our Correspondent discovered that some unscrupulous members of the joint border operations, which include Nigeria Customs Service, Immigration, Police and other security agencies, often create a safe haven for the passage of the smugglers to perpetrate their illicit trade.

Investigation further revealed that the back of the Customs quarters at Seme border has become a safe passage created by the unscrupulous members of the drill team for smugglers for fees running into millions of naira on daily basis.

Recall that the federal government in August last year, decided to close the land borders across the country against smuggling and other illicit activities.

The ‘new border” created at Pengbon community in Seme at the back of the Customs barracks serves as thoroughfare for thousands of suspected smugglers who carry their smuggled items in bits only to part with some amounts of money as fee for smooth transaction of their illegitimate trades. 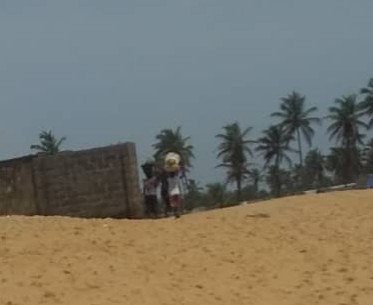 Immigration officers, Customs operatives and other joint border drill security agencies point guns at every fly that crosses the approved border but secretly allow smugglers to use their backyard to move items into and outside the country.

This is as the community dwellers express fears over their lives and properties for influx of strange people into and out of the country through their community. 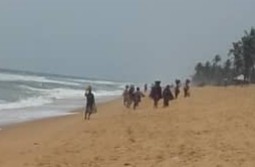 The border drill operatives who use civilians as their toll collectors, only hang around to watch proceedings. They charge crossers according to their wares.

Some community dwellers also alleged that the place serves as avenue to bring in immigrants who do not have official documents and are willing to enter into the country.

The amount collected by the civilian security guards popularly called Kelebes, varies according to what individuals carry.

Sources added that immigrants pay more to either enter or go out of the country, not minding what they bear.

Sources told our correspondent that businesses are more lucrative at night when more items enter or go out of the country without proper checks.

It is learnt that more dangerous goods like arms and ammunitions come through the route mostly at nights unchecked as long as the owners are ready to part with good sum of money.

According to some of the community dwellers who spoke on the development, the influx of people with different intentions poses threat to the lives and properties of the people in the area.

When our correspondent visited the area for confirmation, men and women in hundreds with loads on their heads cross through the created passage.

Some of the items concealed in their wares include rice, petroleum products, used clothes carried in bits.

The Baale of Pengbon, Chief Timothy Ayeleso Ganjo who had expressed fears over opening of the corridor for smugglers, said it could lead to robbery or any form of vices to the community.

Citing an instance, he said one of the security guards working with a Coca-Cola depots in the area was recently killed by one suspected smugglers.

In another development, he said family of four children got burnt in their house beside the Seme Police station as a result of smuggled fuel stored in their house.

He added that since there is no check on the foreigners coming through the route, many have allegedly smuggled arms and ammunitions through the unapproved route.

According to him, some men had come through the unapproved route to kill a boy working with a Coca Cola depot in the area sometimes early this year.

The Baale who is worried because of the insecurity of the lives and property of the people of his kingdom, is calling on the federal government to prevail on the border security operatives to block the route.

The men of the border drill allegedly rakes in a conservative amount of about N2 millions daily, according to the community dwellers who confided in our correspondent.

But speaking with A.O. Hussaini, PRO Seme Customs command, he maintained that the collapsed fence at the back of Customs quarters was the handiwork of saboteurs.

He confirmed that the area was not properly mannned because of shortage of personnel at the command but added that more men had been deployed to the command that would cover up the loophole.

His words, “If you observe the place very well, you will see a collapsed structure at the end between our barracks and Benin Republic, that is the effort that the command put in place to see that we seal the place but some saboteurs destroyed the place.

“There is a collaboration among the security agents to man the place but presently even in Customs, many officers are on transfer, we have little problem of manpower presently notwithstanding, next week, that problem will be resolved because many people have reported now and they will be deployed to man the place,” he said.