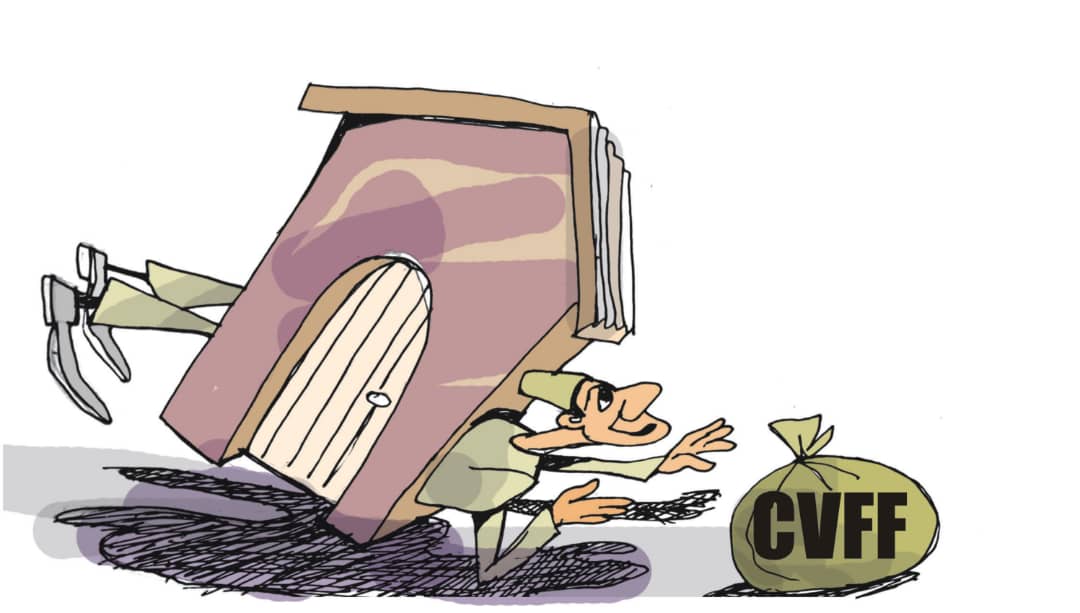 In actual fact, none has ever gotten close to accessing it since 2004 when it was established.

After rigorous screening, six of these companies were pencilled down as having met the conditions set by the four PLIs to benefit from the funds. They included Starzs Investment Company, Aquashield Oil and Marine Services Limited and UTM Dredging Limited all based in Port Harcourt.

Curiously,  17 years after, no single dollars has been disbursed from the fund.

Little wonder then that the ship owners, who had been scammed over the CVFF disbursement under previous administrations in NIMASA, looked at the present administration led by Dr Bashir Jamoh, to give them succour and hope for early disbursement.

We also share in their optimism given the fact that the APC, which was in opposition prior to 2015, criticised the administration of Goodluck Jonathan for its prolifigacy and insincerity over the vexed issue of CVFF.

During Dakuku management at NIMASA , he promised to expedite action on the disbursement of the funds.

But throughout the tenure of Dakuku  as the DG of NIMASA, the funds were not disbursed despite his promises.

In October 2017, Dakuku had raised what has now become a forlorn hope of the distraught ship owners when he declared that he was vigorous pursuing the disbursement of the funds to grow tonnage and boost employment.

But in December of that year, Rotimi Amaechi, the supervising minister of Transportation vowed in a stakeholders gathering that he would not disburse the funds as long as he remains the minister, citing various abuses the funds had been subjected to in the past as well as lack of repayment plan.

He has even threatened to use part of the funds to fund the nebulous national carrier project while the house committee on maritime safety, education and Administration said N55bn would be taken out of the funds to start the infantile maritime bank.

But in December 12th,2019, the Minister again recanted his earlier hardline position  and once again raised the  hope of indigenous ship owners whensaid he has secured the blessing of President Buhari to disburse the funds in January, 2020.
One year after, the promise was kept in the breach.
Bashir Jamoh, at his take over as the Director General  of NIMASA in May 2020, seemed to rekindle the forlorn hope of the intending beneficiaries when he regalled them with details of the new guidelines for the disbursement of the funds.
Ever since then, nothing was heard about the matter again.
We are not happy; to say the least, with the circus show being made of a serious and life-impacting project as CVFF.

No wonder most of the indigenous shipowners have turned to a more credible source of funding provided by the Nigerian Content Development Board.

The NCDF derived from one percent contributions of ship owners, is perceived to be more transparent while its up to date accrual said to be over $700 was never a subject of controversy largely due to the sincerity of its managers.

We would not be surprised if many operators, especially the ship owners, scoffed at the recent promise of the Minister and NIMASA to commence the disbursement of the controversial funds as promised next year.

We however urged the distraught ship owners, who have obviously become weary of long and unending wait, to give the Minister and  the new management of NIMASA the benefit of the doubt.

The pressure and agitations of well-meaning stakeholders may have finally gotten to them to enable them stick to their words this time.

This platform therefore wishes to implore NIMASA and Minister not to renege on their promise to disburse the long-awaited funds for the capacity building of the distressed indigenous shipping companies as promised.

We want to however implore the Minister to hasten the disbursement

By adopting existing guidelines that were fashioned out through rigorous process and which rest on a tripod of the beneficiaries, NIMASA and banks.

In the guidelines, which were generally agreed to by the three parties involved, four primary lending institutions were equally selected through rigorous process.

NIMASA, which has to pre-qualify them, must also provide guarantee to the primary lending banks.

We also recall that six companies out of 100 which showed interest in 2014 were shortlisted by previous administration and were at the point of getting the loan before the process was botched.

To us, the existing guidelines are fool proof and can stave off any abuse or infraction.

Subjecting the guidelines to another round of review, to our mind, is tantamount to elongating the disbursement process.

It will also send a wrong signal to stakeholders who are already weary of government broken promises and sceptical about the fresh promise.

We urge the authority to commence the disbursement of the funds without delay, using existing guidelines with minimum variations that will accommodate likely changes caused by the long delay.

It will do the industry a whole lot of good and our quest to increase tonnage and generate employment if the government ends this unending wild goose chase by prompt disbursement of the funds.

This, we believe, will end the misery of indigenous ship owners and terminate their wild chase of the evasive and elusive CVFF.