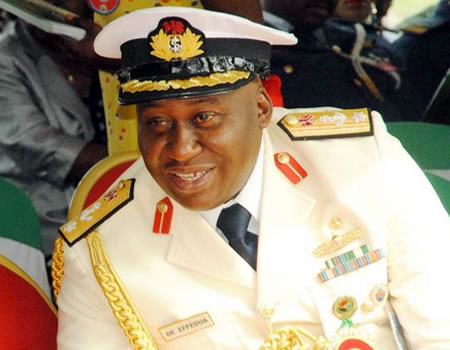 In a statement over the weekend while responding to the issue of mass failure of seafarers as raised by the Director General, Nigerian Maritime Administration and Safety Agency (NIMASA), Effedua said he had earlier observed the pattern of classes attendance by seafarers and warned that it would be difficult for candidates to pass examinations without adequate preparations.

Recall that NIMASA had earlier in a media parley expressed concerns that, of the 1327 ratings who sat for the CoC exams, only 990 of the candidates passed, while 337 candidates failed, giving a record of 26 per cent failure rate in 2021.

Effedua, however, said it is necessary for all stakeholders in the maritime sector to come together to resolve the challenges fueling mass failure in the CoC’s certificate.

“My personal observation is that these candidates hardly attend classes. Candidates register for the examination but only about 30% of the registered candidates end up attending all the classes.”

“It is pertinent to note that these classes are Revision Classes and not training as misconstrued in many quarters.
“There is nothing new that these candidates need to be taught as they have already been trained at various institutions, including the Academy before coming to the Academy to write the Examinations.

“For example, over 70 per cent of the candidates who wrote the 2021 COC Examination attended classes sparingly and some others attended classes less than 20 times and many others did not attend classes at all after registration.

” The Academy maintains an attendance register which is usually forwarded to NIMASA to keep the Organisation updated,” the statement reads in part.”

Effedua noted that a number of the CoC candidates may never have had any formal education in Navigation/Seamanship or Engineering, but qualified to sit for the examination after serving onboard a merchant vessel for 36 months.

“Having served onboard vessels for at least 36 months as prescribed by the Standard of Training, Certification and Watchkeeping (STCW) which automatically makes them eligible to write the Examination.
” Having mentioned some of these observations, it will be miraculous for such candidates and those who make scanty appearances at lectures to pass examinations.”

The Rector said that though the Academy simply conducts revision classes for the candidates to rekindle their knowledge in preparation for the exams, the issue of poor attitude and poor attendance of classes should be addressed seriously.

He, however, noted that it had become necessary for NIMASA and industry stakeholders to deliberate on the issue and come up with a feasible framework to address the issue, considering that seafarers cannot leave their jobs to be in school for up to six months, just as ship owners must have to operate to remain in business.

“The candidates can also not be blamed 100% for poor classroom attendance because, there is no way a candidate can leave their employers to spend six months at the Academy in the name of Revision Classes as they will definitely lose their jobs.

“In the same vein, one cannot also blame the ship owners who have invested billions of Naira to buy vessels and also spend millions to maintain these vessels, only to leave these vessels lying idle at jetties because their crew are not available.”

“The end state for buying these vessels is to make money by moving goods and providing services from one point to the other, using these crew, and if the crew are not available because they have gone for revision classes for 6 months, how do you expect the ship owners to reap the dividends of their investments?”

“It is therefore necessary for NIMASA and stakeholders to come together in order to resolve this impasse, otherwise the challenge will persist and only exceptional candidates will continue pass the examinations,” the statement reads.