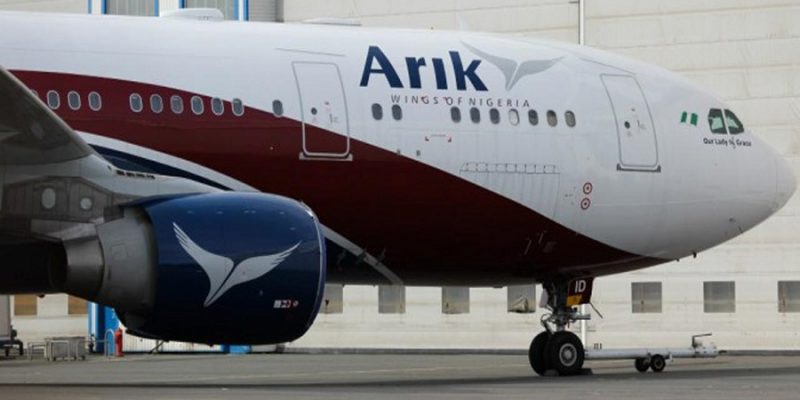 A new airline, NG Eagle, which is being floated by the Asset Management Corporation of Nigeria (AMCON) is yet to obtain an Air Operator Certificate (AOC) it needs to start operations because one of the aircraft needed to secure the minimum number of equipment that would qualify it for certification is not yet ready

The aircraft, a Boeing B737-700, originally owned by Arik Air but taken by AMCON to NG Eagle is waiting for livery change at Ethiopia Airlines Maintenance, Repair and Overhaul (MRO) facility in Addis Ababa.

Newsmen sighted the aircraft on Tuesday and learnt that it has been in the MRO facility for weeks after a C- check (maintenance) had been conducted on the aircraft.

The aircraft would be ferried to Nigeria after it has been repainted to enable the NG Eagle to complete the process of obtaining AOC from the Nigerian Civil Aviation Authority (NCAA).

An informed source from Arik Air told newsmen that the aircraft might be leased to the startup airline, which is scheduled to commence operations before the end of the fourth quarter of 2021.

The source also said that the delay in the completion of the transformation process might be due to funds, which the MRO is waiting for AMCON to pay.

However, the MRO management in Addis Ababa declined to comment on the issue but confirmed that apart from the airline, other Nigerian carriers bring their aircraft for maintenance and repainting in their facilities.

Arik Air has been under the receivership of the AMCON since February 2017.

Some of Arik Air’s aircraft have been rebranded in the colours of NG Eagle, as AMCON explained earlier that floating a new carrier would be a way it would recoup the huge debts allegedly owed by Arik Air.

The aircraft, which showed the logo of eagle emblazoned on its engine and painted in green colour, was said to have highlighted the seriousness of AMCON to start a new airline from the fleet of Arik Air.

Newsmen learnt that AMCON was in the last stage of acquiring an Air Operators’ certificate from the NCAA, which would enable it to commence scheduled services.

Recently, the Director-General of NCAA, Capt. Musa Nuhu, confirmed that the NG Eagle was among the impending new airlines currently undergoing AOC acquisition.

About two months ago there were expectations that the new airline would start operation, but  lack of a minimum number of aircraft has continued to delay it.