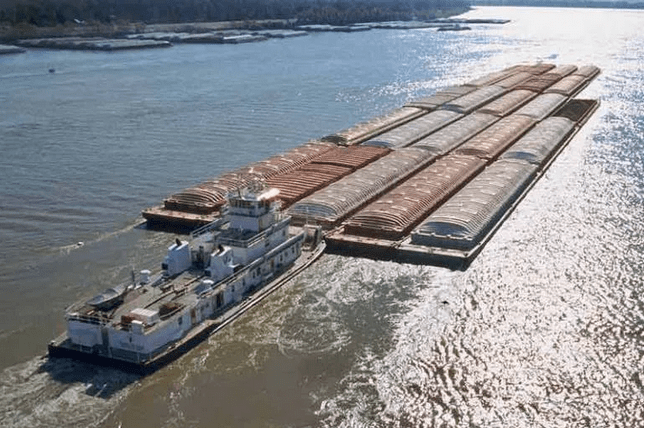 Barge Operators Association of Nigeria (BOAN) has said that its members have moved not less than one million TEUs across the country since the inception of the mode of transportation in the port.

Recall that the mode of transportation was introduced unofficially when the traffic on the Apapa and Tincan was making it almost impossible to move cargo from the port.

The mode has since been accepted and it has helped to salvage the problem of traffic in the port as many containers have been moved through the means in the last couple of years from the port to different parts of the country.

The President of the group, Edema Keliekume said that not less than one million TEUs have been moved by barges of members in about sixty thousand trips within the period.

Keliekume gave the statistics when he met with the Executive Secretary and management staff of the Nigerian Shippers’ Council last week.

Speaking further, he said the barge business has provided employment for about ten thousand persons whose means of livelihood depend on the business.

The Barge operators had met with Nigerian Shippers’ Council to seek protection against regulation from multiple agencies leading to multiple taxation and levies.

He also sought relief from foreign domination of the business as well as from terminals operators who have direct links with foreign operators and refusing to give the indigenous operators slots.

The Executive Secretary of NSC, Barr. Bello Hassan therefore tasked the body to register with the Council which according him, is statutory.

He condemned foreign invasion of the business as he promised to look into the Cabotage law of the country if it could be of any help in the circumstance.

He lauded the team for initiating the use of barge which he said had helped in no small measure to clear the port of congestion.