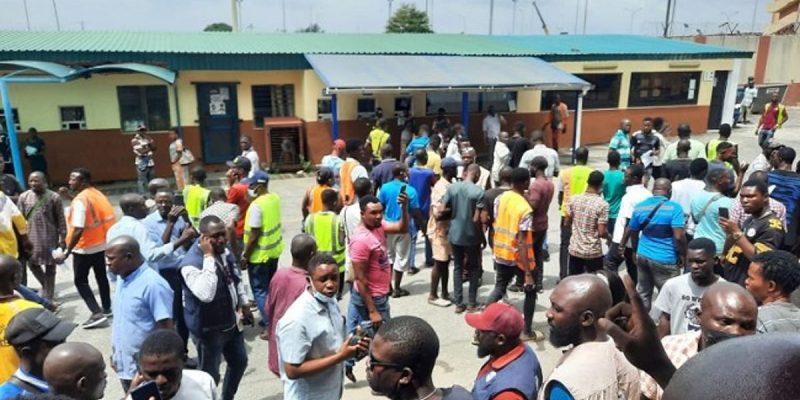 Economic activities were yesterday disrupted at Five Star Logistics Terminal of the Tin-Can Island Ports Complex as clearing agents shut-down operations of the terminal over plifering and vadalisation of cargoes at the terminal.

The clearing agents under the aegis of the Association of Nigerian Liscenced Customs Agents (ANLCA), alleged lack of security at the terminal which has led to pilfering and vandalisation of imported vehicles and cargoes in the terminal.

Speaking, the chairman, Tin-Can Island chapter, Alhaji Muhammed Mojeed, listed some of the challenges to include collection of demurrage on several vehicles that are yet to be discharged on-board a vessel, GLOVIS TELLA.

Mojeed stated that cargoes are being delayed at 5 Star Terminal as a result of lack of space at one of its affiliate bonded terminals, Classic Bonded Terminal, Ojo Lagos.

 The ANLCA chairman and his executive,  however, demanded waiver of 50% demurrage on cars trapped inside the terminal or the terminal remain closed.

Responding, the General Manager, 5star Terminal, Wolfgang Schneider, and his Customer Care Officer, Mr Chucks Okereafor promised to get back to the agents after consulting with management.