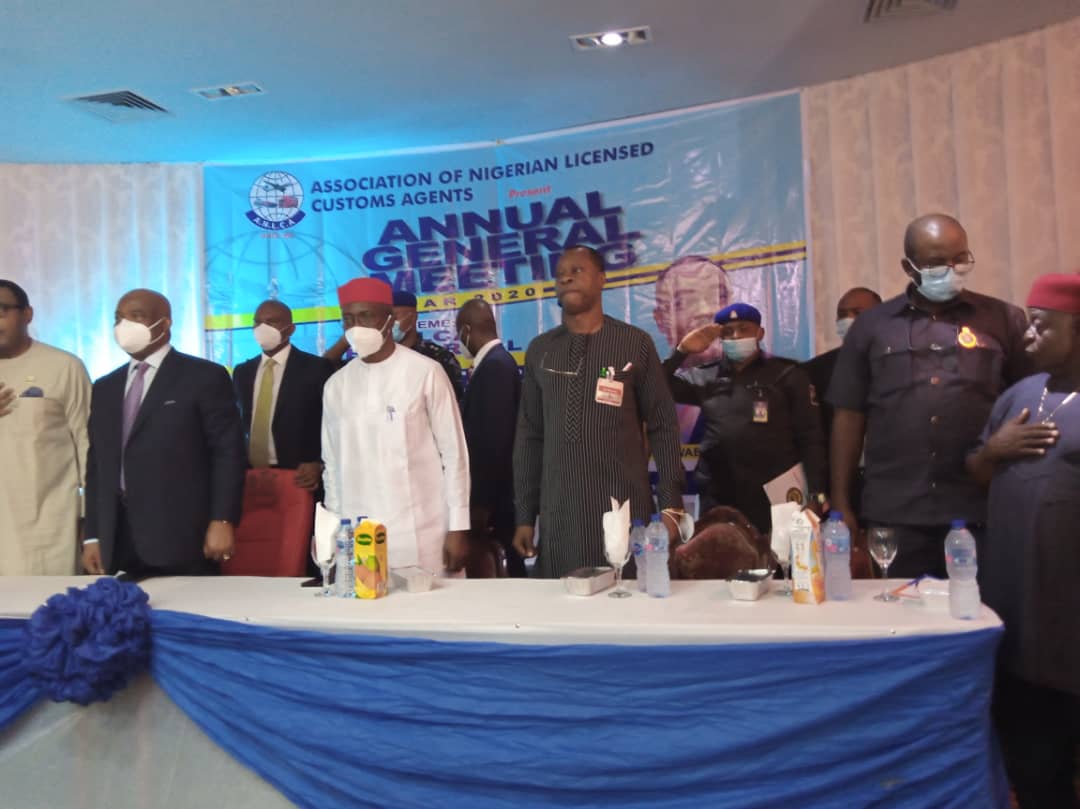 The Imo State Governor; Hope Uzodinma has alleged that Indians and the Lebanese are taking advantage of the ECOWAS Trade Liberation Scheme (ETLS) to rub Nigeria government of accruable revenue.

Uzodinma, who was the Special Guest at the Association Of Nigeria Licensed Customs Agents (ANLCA) Annual General Meeting (AGM), which  held in Owerri, Imo State last week, alleged that some unscrupulous elements from  the two countries take advantage of the ETLS window which agrees  that non-oil products that are produced in any West African state can come into the countries within the sub-region without paying duty, to rub Nigeria of its earning through dubious means of changing documentations in other to bring in these products without paying Customs duty.

Uzodinma further alleged that the Indians and the Lebanese are the real smugglers who are in the habit of smuggling and bringing in vehicles through the bush parts.

He said that the Indians and the Lebanese bring their vehicles to Cotonou (Benin Republic) to be cleared due to high import duty on vehicles in Nigeria. He added that such vehicles are later smuggled into Nigeria from Cotonou by the foreigners.

“What does it cost us if we cannot produce a car here and then we put the cost of duty for cars at 100% and Cotonou place it at 5% and then importers not even from Nigeria, because Nigeria don’t smuggle, we know that the people smuggling in Nigeria are not Nigerians, we know the Indians and the Lebanese they now go to Cotonou and clear at 5% and bring in those vehicles through the back doors.

“So it is unnecessary, until we are ready and we are able to assemble our own plant, we must allow people to bring in their cars and build our own non-oil revenue, government doesn’t have a choice anymore because the truth is crude oil can no longer help us, so the non-oil revenue is the way to go”, he said.

“If we have to close the border and close the border effectively, agents must be carried along ,they must be sensitized. So I want you to support NCS and Nigeria government, so we can secure our own nation, the reason why we can do that is that our not being able to do it here will make the neighboring country to benefits.

On the breach of ETLS, the Governor said: “How do we now say we have ETLS  and you know that the only thing we have here is the market, we now outlaw importation of non-oil items,  meanwhile we agree that if you produce non-oil products in any west Africa country, you can bring it to Nigeria without paying duty, then the Lebanese and Indians will now go to Cote d Ivoire and bring plenty things of non-oil items and change their documents as if `they are operating at Cote d Ivoire  and  who is Cote d Ivoire to make even  20 tons of non-oil items , so they will bring these things into Nigeria seaport without paying duty  and Nigeria government will be losing about N10 billion and then Cote d ivore will be making about one billion and the Lebanese or the Indian man will be taking away about  nine billion from us, is it not criminal?” he questioned.

Uzodinma also urged clearing agents to stop writing petition against each other in other to have a strong formidable freight forwarding /Customs brokering that can drive the commerce of the country.

“So we must find the spirit of nation building and nationalism and stop this spirit of writing petitions against yourself, sometimes if your brother is doing a business that will bring him money , you are the one that will tell the police to go and arrest him or take him up, until you understand that the success of one member is the success of another member, we won’t move forward

“If you are not united you cannot drive our commerce, if we must move forward we must have a way of reconciling in house”, he advised