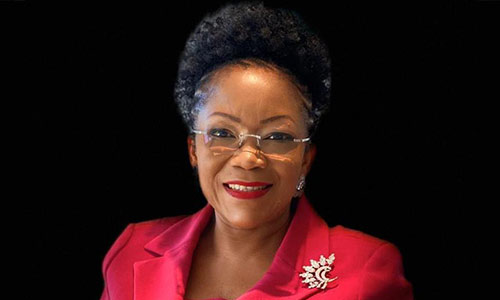 — as she emerges new President

A former Director General of the Nigerian Maritime Administration and Safety Agency (NIMASA), Barr. Mfong Ekong Usoro has emerged the  new President of the Chartered institute of Logistics and Transport (CILT) in Abuja over the weekend.

Usoro scored 154 votes to defeat other two male contestants; Chief Igna Owums who got 18 votes and Barr. Dr. Alban Igwe who got 12 votes.

Announcing the results which was conducted both physically and online, the Chairperson of the 2021 Electorate Committee, Mrs Moji Jimoh, expressed happiness over the way and manner the professional members conducted themselves during the elections.

The founder of Women in Logistics and Transport （WILAT）globally Haiya Aisha Ali Ibrahim retained her position as Permanent Council Member of CILT -Nigeria while Dr Usman Gidado, the International Vice President, Nigeria is also a Council Member, other Council members include the branch  Chairmen and President of CILT Next generation.

Usoro took over from Alhaji Abubakar Jibrin who successfully completed his two terms.

Earlier, in her acceptance speech, the President-elect thanked all members for their suoport and further stated that “CILT-Nigeria is for everyone”, I invite all to come together and work as a team”

She however stated that the election was over, there was  no loser, but urged all members to be on board as this is a ”new era for Cilt -Nigeria”

The election was attended by professional members and it was conducted peacefully in a free and fair atmosphere.