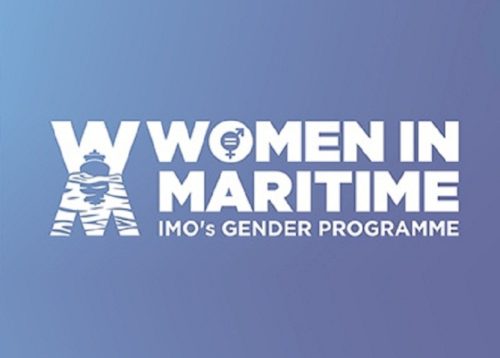 Segun Oladipupo
A group of women operating in the maritime industry under the aegis of Women In Maritime Association (WIMA) Nigeria Branch, has called on the federal government to convert the controversial Cabotage Vessel Financing Fund (CVFF) to floating a maritime bank

Recall that since the commencement of the contribution of the fund which has amounted to billions of naira by ship owners over a decade ago, nobody has been able to access the fund neither does anyone know the actual sum.

Macfoy lamented that maritime stakeholders in the shipping sub sector , most time experience difficulties in an attempt to access soft loans for the acquisition of ships.

According to her, government’s involvement in floating a maritime bank would help empower ship owners and investors to buy ships for the optimisation of the industry.

While speaking during a paper presentation with the topic, ‘The role of maritime manpower development for Nigeria economic growth,
Macfoy who is also the Managing Director, Ocean Deep Nigeria Limited, a manning agent outfit, stated that WIMA Nigeria will continue to campaign as agent of change in the nation’s shipping industry, adding that the CVFF was long overdue for disbursement to ship owners.

She noted that ship acquisition for operators in the industry would further boost capacity and enhance indigenous participation in the shipping industry.

Macfoy stressed that  lack of maritime bank has contributed to major set back for ship owners in capacity building and manpower development due to the high lending rates from conventional banks in the country.

She affirmed that the CVFF has what it takes to establish the much talked about bank for industry group.

Expressing dissatisfaction over the multiple checkpoints at sea, Macfoy clamoured for the  harmonisation of such levies and taxes collected from ships on the nation’s coastal waters for the sector growth, lamenting lack of government concentration and funding has halted the industry development.

The WIMA boss further queried delay in the installation of scanners at the nation’s seaports for the ease of cargo clearance ,even as she maintained that political will power from the government can turn around the fortune of the maritime sector.

Aside maritime bank establishment  , while harping on the way forward of the quagmire bedeviling the industry, Macfoy clamoured for a technological driven industry powered with adequate equipment and facilities to boost capacity.

Earlier,Publisher Searchlight Magazine, Comrade Lola Adesokan called on the federal government to expedite actions on the completion of the port access roads.

According to her, the slow pace of the road construction has ripple effects on the shipping subsector of the nation’s economy.

Smugglers of timber, charcoal lose N7bn to Customs in Lagos