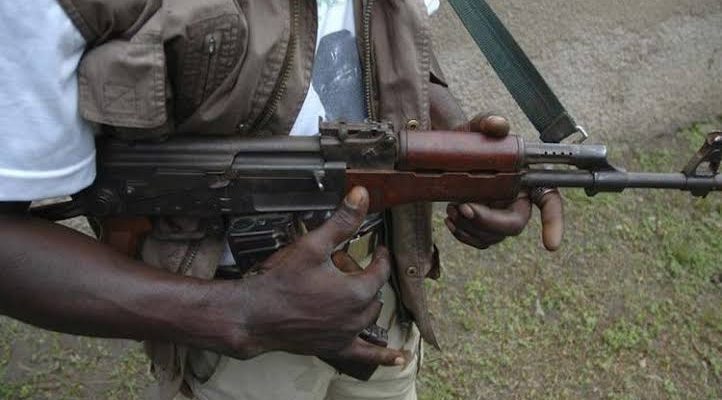 As a result, the union decried the insensitivity of the government to the suffering plight of its citizens and working class, saying such is not only an affront to the need to survive but more on the right to life and existence.

The victims were said to be traveling in their official Nigerian Inland Water Ways Authority (NIWA) branded hilux when they were attacked on the reason that they strayed into Biafra land in a Nigeria branded sport utility vehicle.

The union in a statement, said three bullets were extracted from the neck of one of the victims by medical team at Nnewi General Hospital.

“Maritime Workers Union of Nigeria (MWUN) wish to inform the General Public of the unwarranted ambush, shooting, maiming and infliction of injury on five of our officials who were going for an official assignment at Otu Junction, Nnewi South, Anambra State by unknown gun men.

“Reportedly, three bullets were extracted by the medical team, from the neck of one of the attacked official, rushed to the Nnewi General Hospital.

“We commend the Managing Director of the National Inland Water Ways Authority — Dr. George Moghalu, for his prompt response which enabled medical assistance to our injured members.

“At this very sensitive period in the life of Nigerians, we find the incessant, unprovoked and persistent attacks on innocent Nigerians and the working masses by those who claim to be unknown gunmen as not only extrajudicial and barbaric but also a pointer to the failure of the security apparatus and of the State to live up to its primary function of providing protection for its Hen citizens.

“Maritime Workers Union of Nigeria wish to call on Government to live up to its primary duty of providing guaranteed security for its citizens especially working masses who must out of necessity move from one state of the country to conduct their business.

“This seeming insensitivity of Governments to the suffering plight of its citizens and the working masses is not only an affront to our need to survive but more on our right to life and existence.

“The issue of unknown gunmen should be tackled and managed so as to guarantee free and safe movements of citizens from one part of the country to the other.”