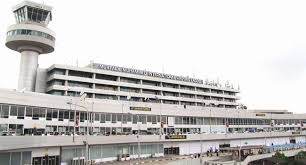 The Vice President of International Network and Alliances, Mr. Patrick Quayle, via live and lets fly’, a travellers blog disclosed this at the weekend, stressing that the airline will add service to Lagos, Nigeria from its Washington Dulles hub.

He also explained it has worked with Boeing to address issues with this new route on the 787-8. Quayle further noted that Lagos is the largest gateway to West Africa, and the airline had operated service between Houston and Lagos for many years, but with the depression of the oil market, Washington appeared to be a more lucrative opportunity of doing business.

“The service will operate three times weekly starting next spring utilising a 787-8. United will compete with Delta on the route, which offers service from New York JFK utilising a 767-300.

“With a growing Ghanaian population in the greater Washington metro area, and a more fuel and passenger efficient 787-8 Dreamliner, United hopes Accra route will be a success.

“The service will operate 3x weekly starting next spring. United will compete with Delta on the route, which offers service from New York JFK utilising a 767-300,” he said.

Quayle maintained that with South African Airways on life support, the United will add service between Newark and Johannesburg beginning in Spring 2021 regularly, adding the initiative is expected to complement existing seasonal service to Cape Town as well as that the flight will still utilise a 787-9.

Quayle, however, posited that United Airlines will take up the mantle of a long-time, but now abandoned American Airlines route.

“Now is the right time to take a bold step in evolving our global network to help our customers reconnect with friends, family, and colleagues around the world,” Quayle said.