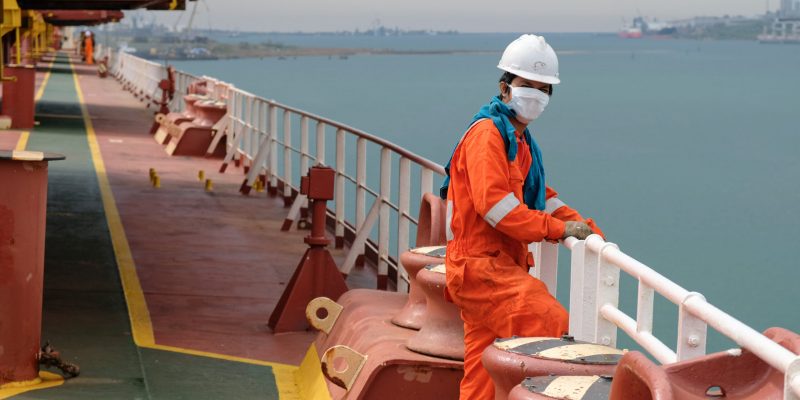 All Ukrainian men aged 18-60 have been subject to a wartime travel ban since February, but certain seafarers will soon have an exemption
On August 27, 2022, the Cabinet of Ministers of Ukraine finally adopted a resolution on allowing Ukrainian seafarers to leave the country to work under contracts on vessels.
Andrey Panchenko , the CEO and founder of SKYMAR, a seafarers’ travel company from Ukraine, declared“Our company, SKYMAR, is a leading travel service provider in Ukraine for shipowners and seafarers.
” In the difficult days of March 2022, when all maritime market players and relevant organizations refused to deal with the problem of Ukrainian seafarers leaving, SKYMAR began to pursue a positive solution by all possible official and behind-the-scenes methods.
” Every week we wrote letters to the President of Ukraine, the Cabinet of Ministers, the Ministry of Infrastructure and the Office of the President of Ukraine.
“We wrote SMS, called all the known numbers and tried to prove and show how important it is for Ukrainian seaferers to return to their jobs and relieve their colleagues who were on vessels at the time of the start of the war.
“Our petition to the President of Ukraine was able to collect 25,000 signatures and attract his attention.Ukrainian seafarers bring up to $4 billion annually to the country. Ukraine ranks sixth in the world in terms of the number of employed seafarers.
The urgent need to remove restrictions from Ukrainian seafarers was due to the fact that most of the seafarers could be left without a livelihood.
Their skills and abilities are very specific and have little use ashore, even in times of war.
” In addition, a huge proportion of Ukrainian seafarers help our army in the fight against the enemy, both financially and with humanitarian aid.“And on Saturday it happened! We welcome this decision of the government of Ukraine. Now Ukrainian seafarers will again be able to travel to their jobs on vessels around the world, relieve their colleagues, start providing for their families again and continue to support Ukraine’s army.
This is a victory for seafarers and their families, and there are about one million of them in Ukraine.In the coming days, the Cabinet of Ministers will approve the final adjustments to the adopted resolution and approve the final date from which Ukrainian seafarers will be able to leave on contracts.
“Our company continues to participate in the discussions of the working group for details on the departure of seafarers.“Once again we would like to thank every Ukrainian seafarer and every member of his family in achieving our common goal. Together we are stronger!