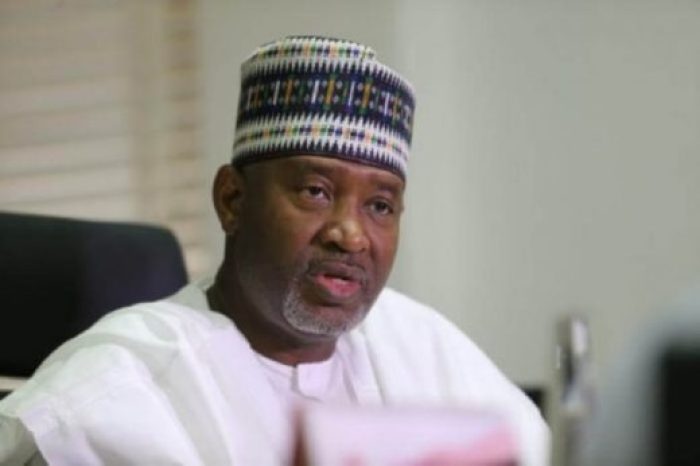 The United Arab Emirates (UAE) has written the Minister of Aviation, Senator Hadi Sirika over the withdrawal of the Emirates winter schedule.

It could be recalled that the Nigeria Civil Aviation Authority (NCAA) withdrew most of the 21 frequencies earlier approved for Emirates.

NCAA had barred Emirates from Lagos airport and slashed its weekly trips to Abuja from seven to one.

The NCAA DG had explained that the action followed the decision of the Sharjah Airport authorities to approve one out of three slots requested by Air Peace, the only Nigerian carrier operating to Dubai via Sharjah.

However, shortly after the action of the Nigerian agency, Emirates announced its decision to suspend all its flights to Nigeria indefinitely.

In its letter, Minister of Economy and Chairman of the GCAA Board, Abdulla Bin Touq Al Marri, said the issue that led to the withdrawal of Emirates schedule was an operational one between Air Peace and Sharjah Airport.

He said it had nothing to do with Emirates.

Highlighting the bilateral relations between Nigeria and UAE, the minister sought the support of Sirika for the NCAA to review its action.

The letter dated December 10, 2021, read: “The General Civil Aviation Authority (GCAA) of the United Arab Emirates (UAE) presents its compliments to the Federal Ministry of Aviation (FMA) of the Federal Republic of Nigeria, and has the honour to refer to the letter Ref. No. NCAA/DG/AIR/11/16/329 dated 9th December 2021, whereby the Nigeria Civil Aviation Authority (NCAA) notified the Country Manager, Emirates Airline (EK) in Nigeria regarding the withdrawal of the ministerial approval granted to that airline with respect to their winter schedule.

“The NCAA further advised EK that this withdrawal becomes effective on Sunday 12th December 2021 and hence, EK “is granted approval to operate only one weekly passenger frequency to Abuja on Thursdays.

“The GCAA has the honour to highlight that such a decision by the NCAA is totally unjustified especially as it has come to our attention that their action is being taken against the background of Air Peace not securing all 3 slots at Sharjah Airport which they desire.

“Air Peace initially operated at Sharjah Airport, shifted to Dubai Airport and then returned to Sharjah Airport. It would be unreasonable for an airline to expect any airport to maintain their slots when they ceased operating at that airport.

“In this regard, we wish to kindly advise you that Sharjah Airport is currently operating at 140% slot capacity, but with goodwill and tremendous effort on their side, this airport was able to accommodate Air Peace with 1 of the 3 slots that this airline requested.

“The GCAA wishes to stress that the action being taken by the NCAA is obviously not in the spirit of the agreed air services arrangements between our two nations.

“As we are both aware, the relations between our two brotherly countries are vintage in nature, one hallmark being the recent visit of the President of Nigeria to the UAE, which certainly mirrored the status of these positive relations.

“Finally we suggest that Air Peace should consider flying their two other flights to any UAE airport at which there are available slots. As expected, the GCAA will support Air Peace in this activity, where required.

“Your Excellency, your kind support is anticipated so that the NCAA reviews their decision and restores the approval of the Emirates Airline Winter Schedule, as filed.

” In this regard, we wish to reiterate that this is a purely operational matter between Air Peace and Sharjah Airport and in any case it should have absolutely no implications for Emirates Airline.”

Meanwhile, Aviation stakeholders under the aegis of Aviation Roundtable (ART) has hailed the action of the NCAA against Emirates, saying it was in hand with “our long time agitation on schedule reciprocity.”

President of ART, Dr Gabriel Olowo, in a statement, said, ‘The action of the DG here is highly commendable and confirms his professionalism and love for Nigeria to emancipate and address the Negative Balance of Trade between reciprocating countries participating in Nigeria’s BASA.

“ART hopes and we are persuaded that correction of these anomalies will not be treated in isolation but applied to all the foreign operations into Nigeria.

Reciprocity on the number of frequencies and choice of entry points.

“This remains the necessary and sufficient condition to avail markets for our carriers, address anti-competition practises prevalent in Nigeria market till date due to corruption, reduce the heavy demand on FX for Airline home remittance, build strong Nigerian Flag Carriers and consequently build a strong economy.”