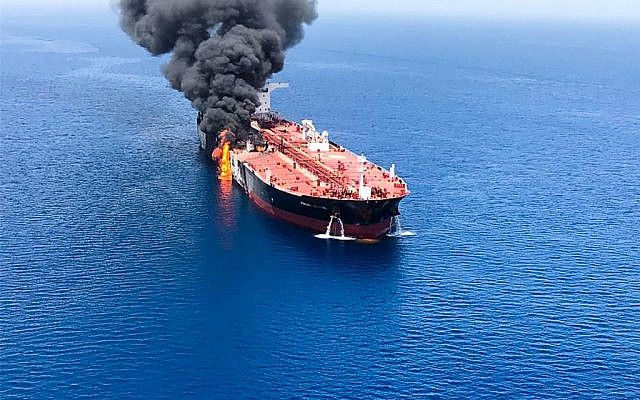 Two seafarers were reported killed in the latest attack on an Israeli-managed vessel operating in the Middle East region.

The incident, which was confirmed by UK officials, is the latest in a series of attacks on vessels in the region in a rumored shadow war between Iran and Israel, but the first to result in casualties.

UK-based Zodiac Maritime issued a brief statement initially saying. “We can confirm that there has been a suspected piracy incident onboard the product tanker M/T Mercer Street,” but did not elaborate on details.

The United Kingdom Maritime Trade Operations (UKMTO) also issued alerts on the attack, but said that it did not believe it was piracy. They said assistance was being provided to the product tanker and that the investigation was ongoing.

There was no cargo aboard and the vessel was due to arrive at the oil terminal in Fujairah, UAE on July 31.
The tanker was sailing off the coast of Oman in the northern Indian Ocean at the time of the attack. The UKMTO positions the vessel approximately 152 nautical miles northeast of Duqm, Oman.

The Jerusalem Post is citing comments of unnamed Israeli officials on Israeli TV’s Channel 13 alleging that the attack was carried out by an unmanned Iranian drone.

“There is an Iranian terrorist attack here, two innocent people were killed,” said the anonymous source.
“The Iranians attacked the ship with an unmanned aircraft,” says the report in The Jerusalem Post. They are also reporting that American officials also called it a drone attack.