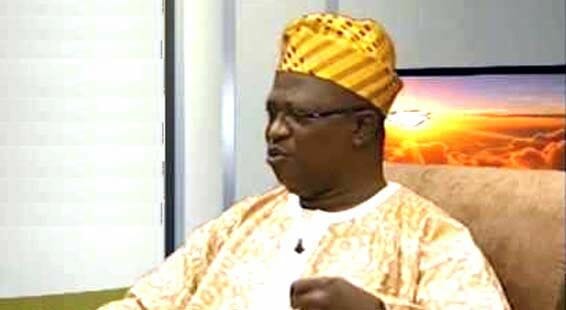 Economic activities were yesterday paralysed at the Lagos ports Complex – Apapa and Tin-Can Island as truck drivers, clearing agents and truck owners joined protesters clamouring for an end to police brutality under the #EndSARS campaign.

The port protesters numbering over hundreds however sought an end to extortion by security agencies controlling traffic as well as sharp practices by officers of the Nigeria Customs Service (NCS).

The protesters had succeeded in blocking the two major ports access roads with articulated vehicles, thereby crippling  operations at the ports.
They were seen dancing and chanting solidarity songs right in front of the nation’s premier port, Apapa port.

Speaking to journalists, the President, Association of Maritime Truck Owners (AMATO), Chief Remi Ogungbemi said the protest is against extortion by security agencies and passage of trucks to access the seaport for evacuation of cargoes.

He said, “truly, we are protesting and our demand to authorities before we  suspend the protest is to dissolve presidential task force controlling traffic into the port because of extortion and they should also prioritise export trucks to discharge export to the port.”

“We also demand passage of refer containers, dissolution of all illegal security checkpoints of extortion in Apapa and Tin-Can island.”

According to Ogungbemi, the protesting truck drivers and clearing agents are calling on the federal government to remove all Customs officers from exit gate.”

Also speaking , an Executive of Association of Nigerian Licensed Customs Agents (ANLCA) at Tin Can Chapter confirmed that the strike action would continue  until all the anomalies in the clearance procedure are addressed.

“This time around we have woken up, nobody would capture any job or pay duty this week, by the time the government realise that no revenue is coming in, they would come out and address the situation “
“How can we release a job at the port by a senior officer at the port, and a junior officer of FOU is stopping it at Mile 2”
“The protest is continuing tomorrow, we are moving to Apapa Port, Mile 2 to confront the FOU Officers where they are stationed” he told our correspondent, pleading anonymity.
Meanwhile, the Customs Area Controller of Tin Can command, Compt Musa Abdulahi has directed the protesters to put their demands in writing and send it to the customs.
The spokesman of the command, Mr Uche Ejesieme urged the freight forwarders not to allow the protest to be hijacked by hoodlums.
He assured that “At the command level,we are looking at some of the issues raised by the protesters,which ofcourse cannot be isolated from the issues surrounding the #endsars brouhaha”
“But please, be assured that the Customs recognises their rights to a peaceful protest but shouldn’t be allowed to be hijacked by some undesirable elements masquerading as freightforwarders”
“Like I said earlier,the command is determined to look into their demands with a view to making adjustments where necessary”