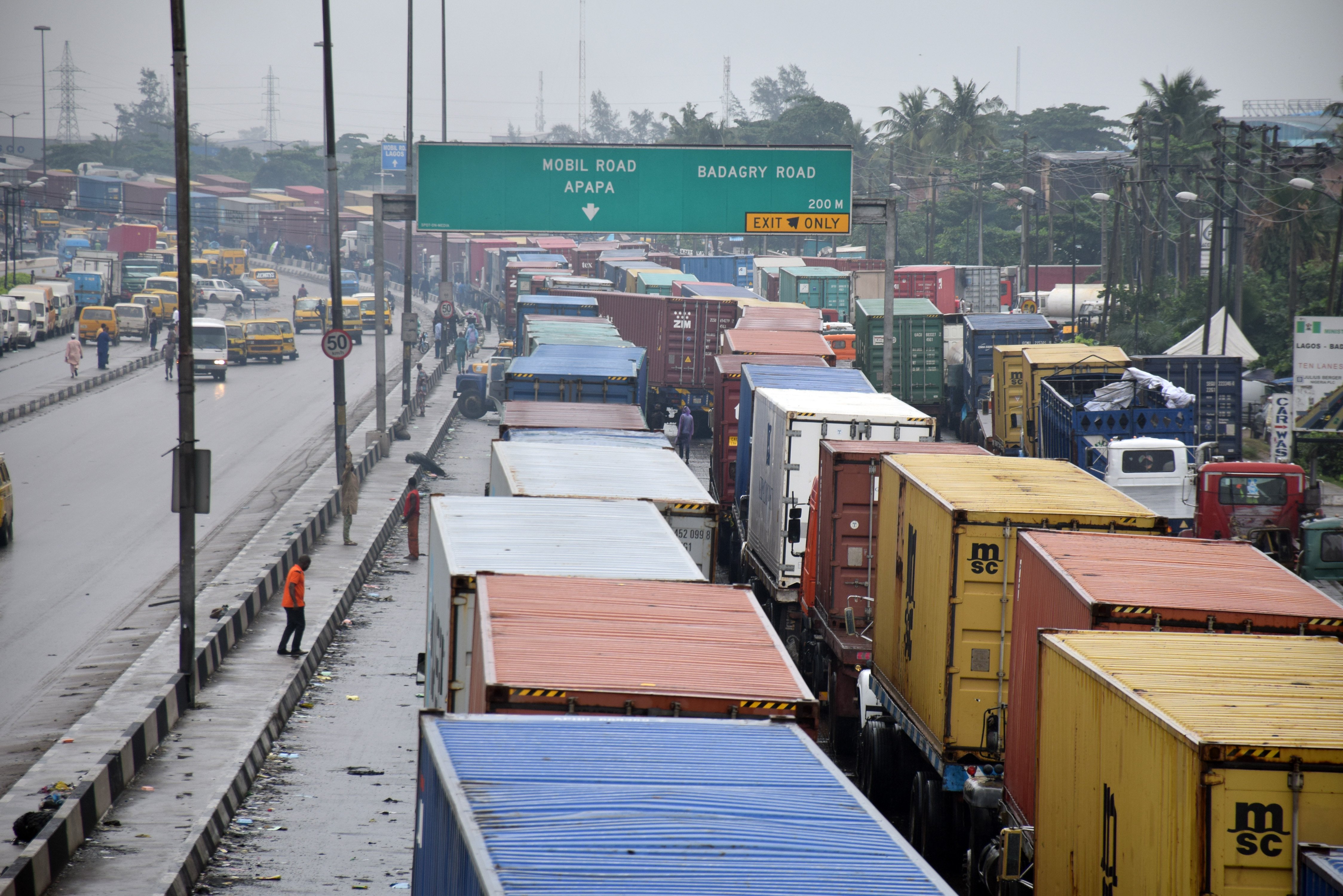 Truck owners operating at the Lagos seaports have raised the alarm that the Nigerian Ports Authority’s (NPA’s) Electronic Call-up system has collapsed.

In a press statement by the President, Council of Maritime Transport Union Associations (COMTUA), Olayinka Aroyewun, the truckers alleged that only the revenue and extortion counterpart of the system are working perfectly while the traffic control system has collapsed.

He also called on the Lagos state government to recall the enforcement team back to the state secretariat because they have failed to discharge their duties as expected.

Aroyewun further stated that the union also reject payment on non-port access road to ETO even as he said the union kicked against payment of demurrage inside garages, especially when at Lilly pond.

He said, “the attention of COMTUA, comprising of 10 federating unions and associations, has been drawn to the obnoxious and vexatious activities of the Lagos State Enforcement Team which is a clear breach of their mandate to decongest the Apapa Port area using the ETO Scheme.

“In fact, and without any doubt, there are multitude of evidences sufficient to cause the eviction of the Head and Members of the enforcement team which has already been provided to the government.”

“We can boldly confirm that the entire process of ETO has broken down, to the extent that only the revenue generation and extortion aspect of it is prospering.

” At this juncture, it is pertinent to call on Governor Babatunde Sanwo-Olu to, as a matter of urgency ,recall the enforcement team back to the Secretariat because they have failed to discharge their duties.

The problems have grown from gridlock to loss of job. Owners are now poorer and enforcement headship enriching themselves for obvious political gains.
“Our Union,including the entire federating unions and associations, hereby, reject the enforcement team because they have compromised.

“The movement of trucks from Apapa route to Tincan is illegal and must stop now, we reject payment on non-port access road to ETO. KLT AND BRAWAL cannot be charged and no payment of demurrage inside garages especially when at Lillypond,” he said.