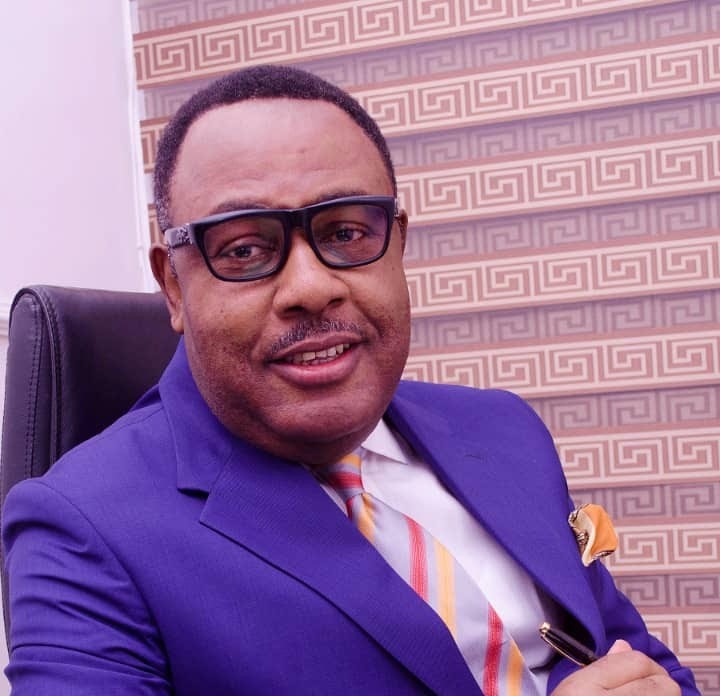 Funso Olojo   |
Tony Iju Nwabunike, the National President of Association of Nigerian Licensed Customs Agents(ANLCA), has decided to take back the reins of the association from the few disgruntled members who have stood against his tenure.
Since 2018, when the present National Executive Council Members of ANLCA led by Nwabunike took the reins of leadership, it has been harvest of crises as some members have engaged in activities to make his tenure unstable.
However, Nwabunike, for the first time yesterday since the crisis started, seemed to have found his voice and decided to wield the big stick to quell the insurrection.
“Enough is enough”, Nwabunike began in a tone that resonated with authority.
“I am the most bastardised,  abused and insulted president of ANLCA.
“I have taken all these insults and acts of insurbodination because of my desire for peace.
“I have done everything possible to ensure peace. I have bent backwards to tolerate and accommodate and carry everyone along despite the obvious disregard of some people for my administration”
“Enough is enough.
I am no longer ready to condone acts of insurbodination, insurrection and dissidence by disgruntled  elements  in the association”, Nwabunike declared with a blazing gaze which suggests he meant his words and he is ready to be firm and resolute as a leader.
At a crowded press conference he held at the National secretariat of ANLCA yesterday, the ANLCA President accused five members of the association’s  former Board of Trustees (BOT) of perpetrating the endless crises in the association.
Tracing the history of the unrest in the association to as far back as February  2014 when the  elections into the BOT was held in Warri, Nwabunike accused the four musketeers of Taiwo Mustapha, Ernest Elochukwu, Dayo Abdullaziz, Dennis Okafor and Taiye Oyeniyi of continually stoking the embers of crisis and discord  in the association in their  inordinate ambition to sit tight as members of the dissolved  BOT.
He revealed that the nine-member BOT was elected in February 2014 for the statutory 6-year tenure which ended in January, 2020.
“While  the other five members of the BOT have honourably bowed out with dignity, these four have refused to go, anchoring their twisted logic to sit tight on a certificate fraudulently obtained from the Corporate Affairs Commission (CAC) which has since been withdrawn as the CAC said it was issued in error”.
The ANLCA President, who addressed the press in the company of the Vice-President, Kayode Farinto, the National Secretary, Alhaji Mukaila Abdullaziz  and other members of the association, declared that the association do not have a BOT presently as there is a subsisting court order which restrains the NECOM from recognising any person or group of persons as BOT members.
He lamented that the dissidents in the association have tried all they could to distabilise his administration since the last two years he took office.
According to him, part of their scheme included eight court cases, some of them spurious and self-serving, which the members of the dissident group instituted to make the association ungovernable.
Also, Nwabunike recalled that  the last attack by hooodlums on the National Secretariat of the association was with murderous intent.
“I described those hoodlums as murderers because they came with intention to kill”
He however declared that no tactics nor method adopted by these people will made him lose focus.
Nwabunike revealed that the association’s NECOM will, in the coming weeks, call for NEC meeting,  AGM and conduct BOT elections.
He advised those who are still parading themselves as the BOT members to join the train before it leaves them behind.
“The only soft landing I can give them is for them to go and obtain forms, if they know they are still interested to become BOT members, so that they can join other three members who have so far obtained their forms”.
Nwabunike said never again will he allow any form of insurrection during his tenure as he has now muster enough political will to deal appropriately and decisively  with such situation.
“My Council Members, especially my Vice-President, are not happy with me for treating these issues with levity”
“They are angry that I have treated these dissidents with kid’s glove which they said has made the crisis to fester for this long”
“But now I say enough is enough”
Nwabunike thundered in a voice that showed his irritation.