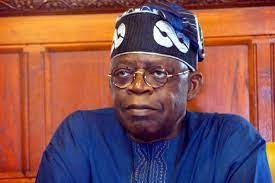 The National Leader of the All Progressives Congress (APC), Asiwaju Bola Ahmed Tinubu, has called on the the Federal Government on steps to  take in resolving the recurring farmers/herdsmen clashes.

He disclosed this in a statement he signed and issued to newsmen on Saturday in Lagos.

Tinubu urged the Federal Government to convene a meeting between state governors, security operatives, herdsmen, farmers, and traditional rulers over the lingering crisis.

He said the government and the relevant stakeholders should work out principles aimed at resolving the persistent crisis.

“Based on these strategic observations, I recommend the federal government convene a meeting of state governors, senior security officials, herder and farmer representatives, along with traditional rulers and religious leaders.

“The purpose of this meeting would be to hammer out a set of working principles to resolve the crisis.

“After this meeting, governors of each state should convene follow-up meetings in their states to refine and add flesh to the universal principles by adjusting them to the particular circumstances of their states.

“In addition to religious and traditional leaders and local farmer and herder representatives, these meetings shall include the state’s best security minds along with experts in agriculture (livestock and farming), land use and water management to draw specific plans for their states.”

Tinubu also cautioned herdsmen against using “careless words” adding that,  careless talk would do both herders and farmers grave injustice and that such words would not shield herdsmen from what he termed “relentless reality.”

“The herder-farmer dispute has taken on acute and violent dimensions. It has cost too many innocent lives while destroying the property and livelihoods of many others. It has also aggravated ethnic sentiment and political tension.

“Despite the efforts of some of those in positions of high responsibility and public trust, the crisis has not significantly abated.

“The calamity now being faced is borne of situational exigencies. It is but the tragic outcome when often desperate, alienated people are left too long unattended and when their understanding of the modern socio-economic and environmental forces affecting the very terms of their existence is incomplete.

“An ethnically fueled response will be to vociferously defend the nomadic way believing this tack will somehow protect the herder and cast the speaker as an ethnic champion.

“However, careless words cannot shield the herder from relentless reality. Such talk will only delude him into believing that he can somehow escape the inevitable.

“We do both herder and farmer grave injustice by allowing the herder to continue as he is – fighting a losing battle against modernity and climate change. In that fight, desperation causes him to flail and fight the farmer, who too is a victim of these impersonal forces, “the statement read

Lagos seals-up  buildings on the Right of Ways in Idimu, demolishes structures along  Power Line