The Public Relations Officer of Nigeria Customs, Ogun 1 Command, Hammed Bukoye Oloyede disclosed this to newsmen in a statement issued in Abeokuta, the Ogun State capital.

According to Oloyede, several operation vehicles and personal belongings of customs operatives and other security agencies were also vandalised and burnt by the hoodlums during the attack.

He said, the Joint Border Drill Operatives stationed at Olajogun in Oja-Odan intercepted several kegs of 25 litres capacity of Petroleum Motor Spirit (PMS) prepared to be smuggled outside Nigeria, on Wednesday.

He added, “in an attempt to seize the petroleum products, in contravention with schedule six (6) of Common External Tariff, some suspected smugglers armed with assorted dangerous weapons such as cutlasses, guns and charms unleashed deadly attack against lawful officers leading to a crossfire.

Oloyede explained that in the ensuing exchange of fire between smugglers and the patrol team, one of the attackers identified as Tunde Alabe, a native of Ohunbe Community sustained a gun injury leading to his death.

“This unfortunate incident led to the blockage of Oja-Odan/Obelle Road by a syndicate of armed smugglers/hoodlums. They further advanced their hostilities by burning down all customs checkpoints and that of sister security agencies from Olajogun to Hanger and Ohunbe Areas of Ogun State.

Meanwhile, the Customs Area Controller, Ogun 1 Command, Peter Chado Kolo, has promised to thoroughly investigate the circumstances surrounding the unfortunate incident and promised to bring the perpetrators to book.

Kolo, however, appealed to traditional rulers, opinion moulders and eminent personalities on the need to dissuade the youths in the border areas from seeing smuggling as means of livelihood, noting “the protection of the society against socio-economic ills usually compounded by smuggling is a collective cause we should all join force to fight against” 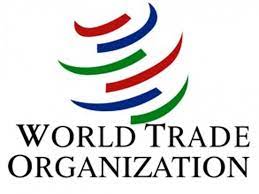