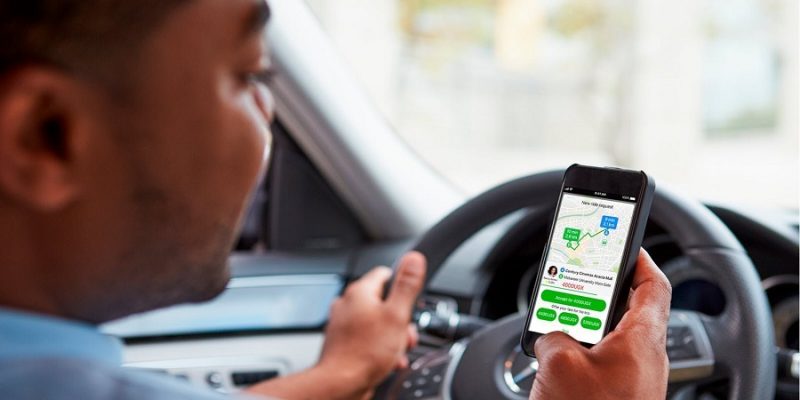 Tunbosun, 37, is an Europe returnee who has worked as a Bolt (formerly Taxify) driver for the last 18 months.

From earning in Euros to getting shot at by Armed robbers, read his experience.

I started it as a side hustle to meet family obligations.
It is one of the easiest jobs to do if you have a car. It’s not a very complicated process.

Not much difference because you make the money and spend it same way. The money I make eventually goes on maintenance due to bad roads.

Customers don’t appreciate that the road is bad and it will have implications on the car. The trips do not compensate for repair and maintenance of the car.

In terms of daily spending, it is fine but in terms of saving. I don’t think there’s any chances of such.

A bag of experience with customers

The App will show where they’re going which is fine. However, when you get to the destination indicated on the App, they tell you to go further.

When you tell them, this is the final destination on the App, they complain and insist that it is their money they’re spending.

Also when you get to the final destination, they argue that it is not the price the App gave them when they ordered, they decide not to even pay at all. I’ve had customers who decided not to pay at all.

When such occur, you report on the App so the trip won’t be counted for the driver. But for the driver, it is a loss because you’ve wasted fuel and driven your car on bad roads.

There is nothing Bolt does for drivers asides that.
On the App, there is promise that there will be compensation but I didn’t get any in my case.
I’ve been doing this for over a year.

It’s both ways. Sometimes I get good customers that compensate for bad customers. I’ve made great connections through the job. Sometimes, it is the bad trips that end the day and make the good times irrelevant.
Generally, it’s both ways.

I’ve had good customers who outside the work, we’ve had conversations. I’ve been with a customer outside the work for more than 5 hours. We talked about business. For me, that’s the positives.

Going offline is better than staying online. Most drivers will ask customers if they’d like to go offline. Let’s say a trip of N1,000 and Bolt gets a Commision of 20 per cent. But if the customer agrees to go offline, that means Driver gets all the money.

What they do is they get a customer from the App. Once the customer has entered, we ask them if they’re willing. If the customer agrees, fine. Sometimes, it is the customer that will bring the offline offer because they need to reach different places.

However, some customers know that if they stay online, they won’t be charged extra. For instance, if it’s a two thousand naira trip, it will still be that price at the end of the trip even if they’ve wasted all the day for the driver.
Some drivers do cancel in such instances.

I’ve been with a client before and she only wanted us to talk after taking her to where she wanted to go to. She asked if we could go have some coffee. We discussed for about two hours and she paid for those hours.

Sometimes Offline trips may take you out of your primary location. It’s good for the driver. Most drivers use the App to make the contact. Once they get a good contact, they can go offline.

For instance, when you get an order, it’s not the fault of the driver to say he wants to go offline. Either way, it is the App that brings in the customers. It doesn’t have to be because the driver is offline.

At times, some people especially here, you get some orders and they keep canceling. This is because they’re looking for a particular brand of car.

So, they already have their mission and will keep canceling until they get that particular brand so they can steal the car from the driver.

I’ve seen people experience that.
As a driver, you take the request and go there and pick up the person.

It’s not a matter of whether it is online or offline as it is the App that brings in the customer.

I feel more comfortable with the female riders. Sometimes when you get a request from guys, you know it is one person that ordered but you see four guys coming into your vehicle. That’s a red flag on its own.

But if you see three ladies come into the car, you will still feel safer and more comfortable driving them around.

As a family man, I work between 9 in the morning till around 5 in the evening. But I know guys who work till late in the evening. That period is the rush hour where you see fewer drivers who want to work in the night. But I prefer to go home to my family.

Sometimes, it’s not also safe to work in the night because we’ve heard experience of shots being fired at the driver. All these don’t make night hustle a pleasant experience.