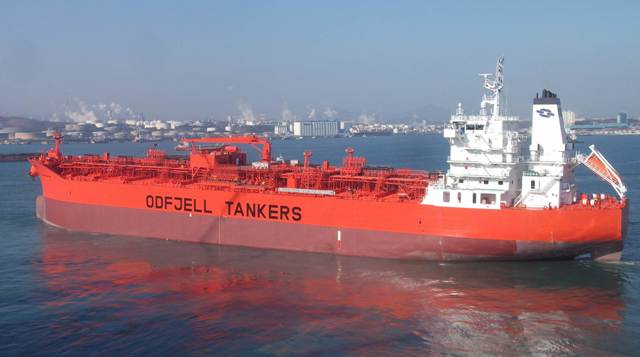 In a further escalation of the already unstable situation in the Red Sea, Houthi officials are accusing the Saudi Arabian-led coalition of seizing an oil tanker bound for Yemen in possible retaliation for the seizure of a vessel they said was loaded will military equipment.
International officials are sending out safety alerts for the region while the United States and others have called for a de-escalation in the region.

The Yemen Petroleum Company reported on January 5 that the tanker Splendour Sapphire was inbound to the Houthi-controlled port of Hodeidah when the vessel was diverted to Saudi Arabia.

They contended that the vessel had received permission from the UN and was carrying a vital cargo of 24,000 tons of Mazut, a low-grade oil, vital to daily life in Yemen.

The 47,000 dwt tanker is privately owned and registered in Panama.

The 24-year-old vessel’s AIS data last received on January 3 showed it sailing from Djibouti and sailing in the Gulf of Aden.
It was reported that it was operating with armed guards aboard.

The Houthi rebels also alleged that it was the fifth tanker that has been stopped by the Saudi.

In December, they reported that several vessels had also been diverted by the coalition. They contended that the Saudis are blockading their ports, placing restrictions on the import of oil and other goods.

The Saudi-led coalition did not immediately respond to a request from Reuters for comment about the status of the ship.

The apparent seizure of the tanker came three days after the Houthi on Monday displayed a Ro-Ro vessel that they said they had seized sailing toward Saudi Arabia loaded with military equipment.

The Saudis immediately demanded the release of the vessel, saying it was carrying equipment from a field hospital.

The British-led monitoring service also issued a report earlier  of a sighting an unknown craft approaching a commercial ship approximately 30 nautical miles west of the port of Saleef.

Dryad International issued an alert commenting that the latest report “occurred 30 nm NW of the boarding and subsequent detention of the UAE flagged MV Rwabee 20 nm West Ras Isa Terminal on January 2.”
Dryad also added details reporting that it was a Liberian flagged vessel that issued a distress signal and said there were reports of an exchange of gun fire between the vessel and the small boat.

Houthi forces on Monday in their briefing boasted on increased naval capabilities.

Dryad responded by issuing a warning regarding the ongoing conflict in Yemen and “contested maritime space offshore Saleef and Hudaydah and the potential for an incident.”
They recommended that transits through the lower Red Sea should be conducted West of the Hanish and Zubair Islands.

The U.S. State Department on Tuesday also issued a statement condemning the Houthis’ seizure of the ship and urged its release.

State Department officials added that all parties should be de-escalating and returning to inclusive political talks.

Toyota over takes GM as number one US automaker