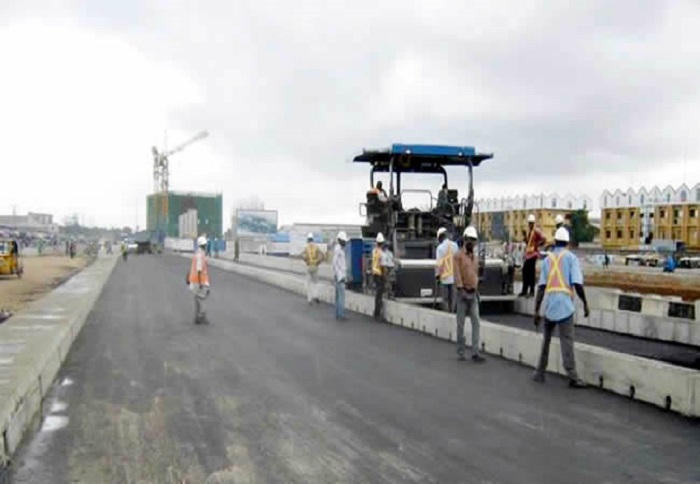 Chinazor Megbolu   |
Stakeholders in the nation’s maritime sector have shared opinions on how the ongoing road rehabilitation at the Apapa corridor could bring sanity to the unending traffic gridlock on Apapa ports access roads.
The port operators, while reacting to the recent Big Story by nigeriamaritime360.com titled; Will Sanity Ever return to Apapa on Completion of Port Access Roads?, proffered solutions as well as bottlenecks that may likely impede the return of the sanity.
The National Vice President, National Association of Government Approved Freight Forwarders (NAGAFF), Dr. Segun Musa in his reaction said he remembered addressing the media that government agents charged with facilitating the free flow of traffic on the roads do not want sanity to return to the ports access roads because it pays them more for the gridlock to remain.
According to him; “I remembered telling the media on several occasions that our government agents are not interested in bringing sanity back to the ports corridor because they earn more into their pockets than the Federal purse with these abnormalities.
“Interestingly, our inbound and outbound trade have already overwhelmed our port facilities and it behoves on the Government to start strategic expansion by creating lighter terminals and dredging other areas for ports development without abandoning the existing ports that are moribund”.
He also noted that regardless of the beautification of the port corridors, the traffic also needs planning because the port is very choked and the rail needs to be functional.
The National Publicity Secretary, Association of Nigerian Licenced Customs Agents (ANLCA), Mr. Adumaza Joe Sanni in an online chat, believed that if the current tempo of the road construction at the moment is sustained without any impediments or bottlenecks, it will be a great one that would usher in sanity.
“If the tempo, as of now can be sustained and the trailers/tankers parked on the roads can be evacuated for construction to go on unimpeded, then we can begin to expect an early completion of the ongoing construction work.
“I am also convinced that once the access roads construction is completed and the necessary traffic signs installed, sanity will automatically return,” Sanni said.
He further explained that businesses that left due to the problems of traffic and dilapidated roads amongst others will return.
According to him; “businesses will surely return, when sanity, good access roads and orderliness is guaranteed. The project is going on apiece.
“Looks like the outbound lane is nearing completion fast and being put to skeletal use presently. A good development, I must say.
“I pray they sustain their efforts on the inbound lane, so that in no too distant time, we shall all celebrate the rejuvenation of the Ports access roads”