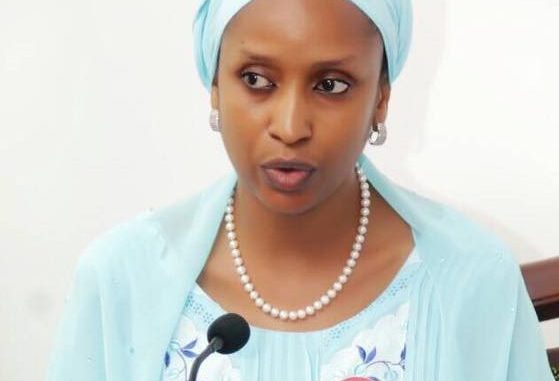 Stakeholders in the nation’s maritime sector have backlashed the Federal Government for not following due process before suspending the embattled Managing Director of the Nigerian Ports Authority (NPA), Ms Hadiza Bala Usman.

The stakeholders, who spoke in separate interview with journalists,said the suspension was unjustified and against the women inclusion in the maritime sector and will also cause a set back to the reforms made so far in the industry.

The stakeholders also opined that the suspended MD should have been given fair hearing to defend herself and should not be rubbished out of office just for individual political interest.

Speaking with maritime journalists, the immediate past President of WISTA, Mary Mary Hamman, explained that due process ought to have been followed in the suspension of Hadiza Bala Usman as Managing Director of the Nigerian Ports Authority (NPA).

According to the former WISTA President, “The Minister of Transportation said he is not aware of what is going on in the NPA since 2016, and that’s why he set up that 11-man panel.

“To me, it’s good for the suspended Managing Director because if her hands are clean, she will be exonerated. If otherwise, then she will face the music.

“The only aspect I frown at is her not being queried before getting suspended. I am a retired civil servant and thinks that in line with civil service rules, she should have been queried first, and allowed to respond to the query before any action will then be taken on her situation.

“They should have followed due process because before you say somebody should go on suspension, she ought to have first being queried and allowed to respond to the query.

“Her tenure has just being renewed, so without allowing her to know what she has done wrong and even given the opportunity to respond before suspension shows a lack of due process.”

Also speaking on the development, the Coordinator, Save Nigeria Freight Forwarders, Dr Osita Chukwu described as unjustified the suspension of Hadiza Bala Usman.

According to him, it was a ridicule on the nation’s maritime sector especially now that Nigeria is recording gains among comity of nations due to her reform processes.

Osited posited that Hadiza Bala Usman has been making steady progress in the sector and does not deserve such treatment from the Nigerian government, especially when the allegations have not been substantiated.

“If an allegation is made, you should allow the person to defend herself rather than suspending her. This suspension is to ridicule the whole maritime sector. For me, it’s a very unfortunate situation. We were thinking that NPA has arrived,  taking cognizance of what the woman is putting in place.

“She has been the one making moves to reform the industry. A lot of things that were not done before now were now being done, take for example, the automation and seamless operations of the NPA.

“If they just push her out like that, I see a setback to the reforms. Despite several intimidations, she has continued with her work. Even during the EndSars protest, she did not relent, only for her to be rewarded this way,” he bemoaned.

In his own views, the President of the National Association of Government Approved Freight Forwarders (NAGAFF), Increase Uche said that Usman’s removal was a setback to campaign for women inclusion in government and the maritime industry in particular.

“Maybe she was being prepared for a higher position, but if it was misdemeanor or her undoing, that will seriously damage the promotion of gender sensitivity in position of authourity. We pray that it is for good. We pray that she did not commit any crime. The industry needs to be rejigged to improve maritime operations,” he said.

He urged Mohammed Bello-Koko to swing into action to ensure that the reforms being championed by Usman is brought to bear to ensure efficiency and continuation of the seaport reforms.

NUPENG directs members to proceed on strike in Kaduna over sack of 4,000 workers