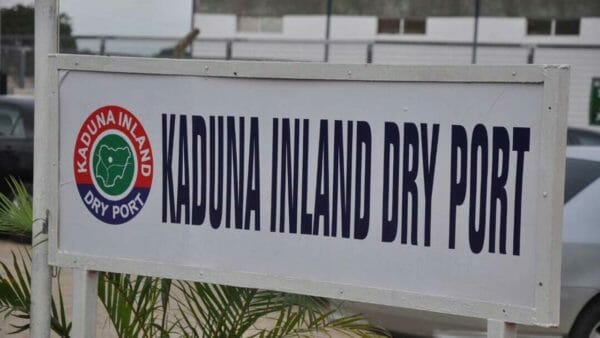 Okam made the commendation at a sensitisation workshop in Kaduna on Thursday.

“We are indebted to the state government for providing an enabling environment and infrastructure for the inland dry port operations.

“The Kaduna Inland Dry Port is the only functional dry port in the country and this would not have been possible without the support of the state government,” she said.

According to her, the effective operation of dry ports is crucial for the growth of the economy.

“They provide the impetus to revive and modernise the railway as a primary mode for long-distance haulage.

“With dry ports, the costs of cargo transportation to the hinterland and transit cargo to landlocked locations, are reduced,” she said.

Okam identified shipping firms’ inability to issue bills of landing to shippers, lack of dedicated wagons and locomotives, as well as ineffective rail services for evacuation of cargoes, as major challenges.

She urged the Federal Government to enforce the issuance of a bill of landing for cargoes going to the Kaduna dry port.

“There is need for the provision of more wagons and locomotives to improve evacuation of cargoes from the seaports to the dry port,” she said.

Presenting a paper, Mr Rotimi Hassan, the Port Manager, said that Dry Ports could encourage the establishment of agro-industries for the export of semi-processed and manufactured products.

He further stated that ports had the ability to improve the internally generated revenue base of host states.
“In Kaduna Dry Port, we guarantee quick service delivery, based on the expectations of customers in the hinterlands.
“The Port provides an opportunity for direct transfer of containers to Kaduna without going through the traditional frustrations and costly delays,” he said.
The workshop was organised by the Nigerian Shippers Council, in conjunction with the Nigerian Institute of Transport Technology, Zaria and the Kaduna Inland Dry Port.
The theme of the workshop is “Towards Harnessing the Potentials of Kaduna Inland Dry Port for Optimal Productivity ”
It was attended by stakeholders, such as representatives of business groups, importers, exporters, clearing agents and security personnel.