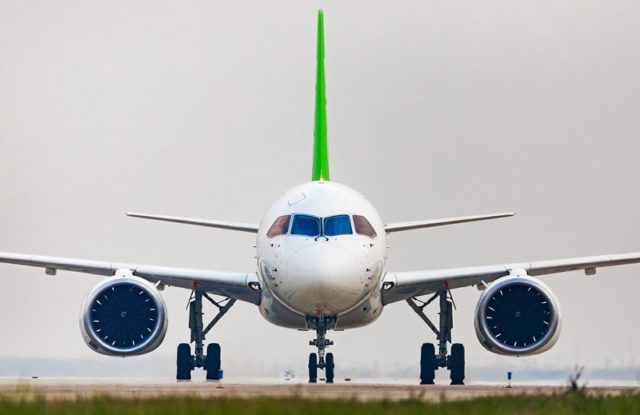 —-as operators cut corners due to lack of funds
Chinazor Megbolu    |

The Nigerian Senate has cried out that disaster looms in the aviation sector due to the inability of airline operators to put their aircraft in proper shape.

The Senate  therefore called for urgent intervention of the Federal Government to avert the lurking danger.
The Senate, however, asked the federal government to intervene with N50 billion bailout fund, that would enable the airlines operators  put their  aircraft in order, instead of the N4 billion being offered presently.
The Chairman of  the Senate Committee on Aviation, Senator Smart Adeyemi, during a news conference noted that the airline operators in Nigeria are broke and badly in need of bailouts towards avoiding shortchanging customers and clients.
He explained that the industry is very crucial to the country’s economy and being highly capital intensive, government should support with bailouts to operators regularly.
Adeyemi also noted that Senegal recently gave out $74 million bailout to the sector in the country; Rwanda $150 million, and United States of America $58 billion as well.
“A critical look at the aviation industry in Africa, Senagal for instance, which is no competition for the Nigerian aviation industry in terms of number of airline operators, released the sum of $74 million as bailout funds for their airline operators. Rwanda also released $150 million for its airline operators.
“Taking the scope out of Africa, USA for instance released the sum of $58 billion as bailout funds for its airline operators. This is to mention a few,” he said.
Furthermore, he maintained that many of the airline operators told the Committee that Customs taxes on imported spare parts of aircrafts, multiple form of taxations and VAT on air transportation is setting their businesses backwards, and tempting them to cut corners.
“Operational challenges running down their businesses as confided in the aviation committee are noncompliance of the customs department with the executive order to waive any form of taxation on importation of spare parts and commercial aircrafts.
“Other challenges are the noncompliance of the executive order on the removal of Value Added Tax (VAT) from air transport and the inability of the airline operators to have access to single digit lending as obtainable in other parts of the world.
” The inability of the airline operators to access foreign exchange as at when due to enable them pay the value added tax for their aircraft is also an operational challenge.”
“You would recall that the federal government, having considered impacts of the pandemic on the aviation industry, with a view to maintaining smooth operations, made the sum of N4 billion available as a bailout to these airline operators.
“With further and more critical intervention with airline operators in Nigeria, we gathered that approximately N50 billion will be required to meet the requirements of airline operators.
“This increase in bailout fund is imperative if we are to keep our economy running, guarantee job security and mitigate retrenchment.
“If comparative analysis is anything to go by, it is clear that the N4 billion announced by the federal government as bailout funds for airline operators will not be sufficient to sustain three of the needs of the fifteen scheduled flight operators, save the nonscheduled operators.
“Our further enquiry has also shown that airline operators are already discouraged and have resorted to cutting corners in carrying out maintenance requirements on their aircraft.
“This is of course as a result of their poor financial situation. If this is not immediately checked, the effect is best imagined than experienced,” Adeyemi warned.