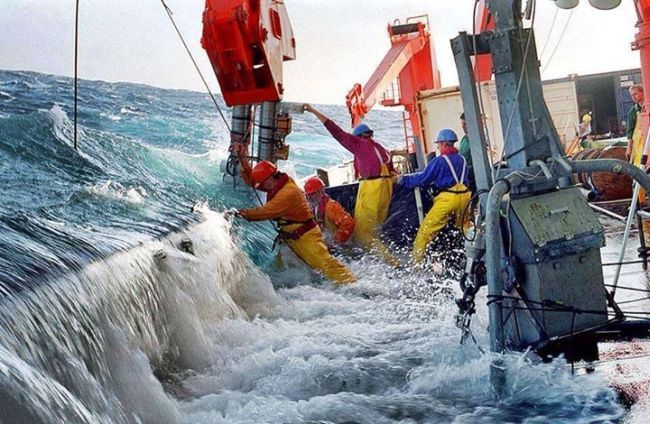 May Day: Union laments plight of Seafarers at sea ----says fatigue can lead to accident.
The collective bargaining structure between maritime employers and unions representing crew members working aboard flag of convenience vessels reached an agreement for a 4.5 percent increase in wages and compensation over two years for seafarers as well as an increased contribution to the seafarers’ support fund from the employers.
Both sides said that the agreement, which had been delayed 17 months due to the pandemic, was an important step to recognize the seafarers and provide stability to the shipping industry.

It also calls for an increase in contribution to the IBF Seafarers Support Fund, which provides for the welfare of seafarers aboard vessels covered by IBF agreements.

With more than 9,200 vessels expected to be covered under this agreement, the International Transport Workers’ Federation reported that it believes the IBF is the largest private-sector collective pay agreement in the world.

“The negotiations were particularly challenging due to the profit variations in the industry, as well as the increased operational costs due to the pandemic,” the ITF said in announcing the agreement.

“However, both parties acknowledged the need to recognise the sacrifices that seafarers have made during the pandemic, continuing to keep global trade moving whilst unable to return home following the expiry of their contracts, and receiving no wage increase in 2021.”

ITF Seafarers’ Section David Heindel, the ITF spokesperson and who chaired the talks, said “We are proud we have managed to deliver increases to seafarers’ income.

“Their daily sacrifices to keep supply chains moving, delivering the goods critical to our recovery to billions of consumers and businesses, is recognised.”

Chairman of JNG and IMMAJ Toshihito Inoue commented, “The pay agreement locks in stability in the seafarer wage market going forward, allowing employers to better weather the volatilities in demand being experienced in various shipping markets since 2020”.

The agreement between the ITF and the JNG sets the terms, conditions, and pay for the world’s international seafarers working aboard vessels flying the flag of an open register designated as a flag of convenience by the ITF.

The IBF was established in 2003 as a mechanism to agree to the wages and conditions of seafarers working aboard these vessels and include both central negotiations and local negotiations, which allows for the development of core principles that can then be incorporated into specific local arrangements. This unique approach to pay negotiations is the only example of international collective bargaining.

[ KNOCKS ] NPA: The need to beef up security at Ports